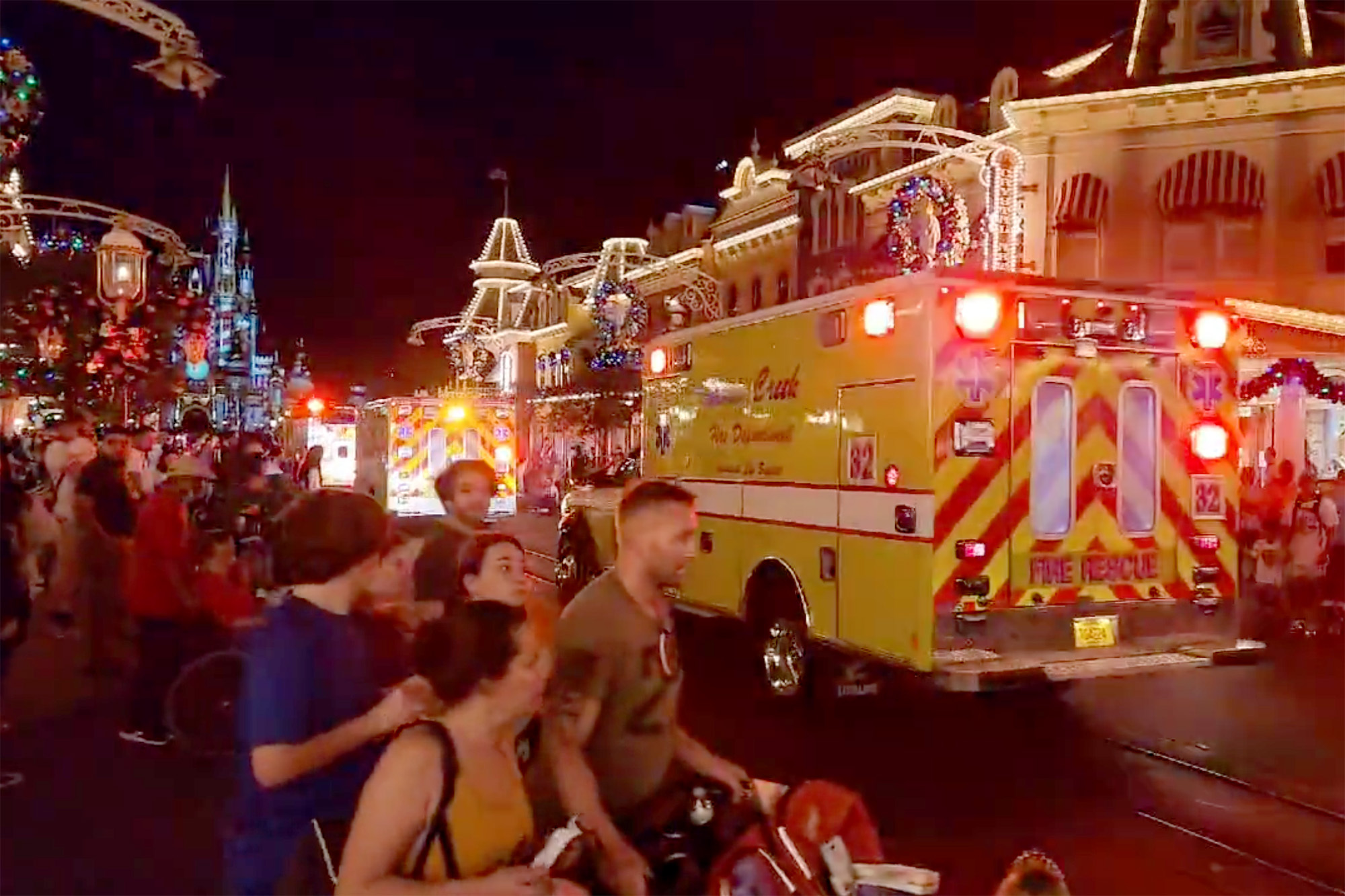 One person was reported injured when a tree caught fire inside Disney World’s Magic Kingdom on Tuesday night.

Local fire officials said the small blaze broke out near Cinderella Castle and may have been caused by debris from fireworks at the theme park.

Due to the fire, the Cinderella Castle and surrounding areas were evacuated as firefighters put out the fire.

Sources said one person suffered minor injuries and was treated at the scene after accidentally inhaling chemicals from a fire extinguisher.