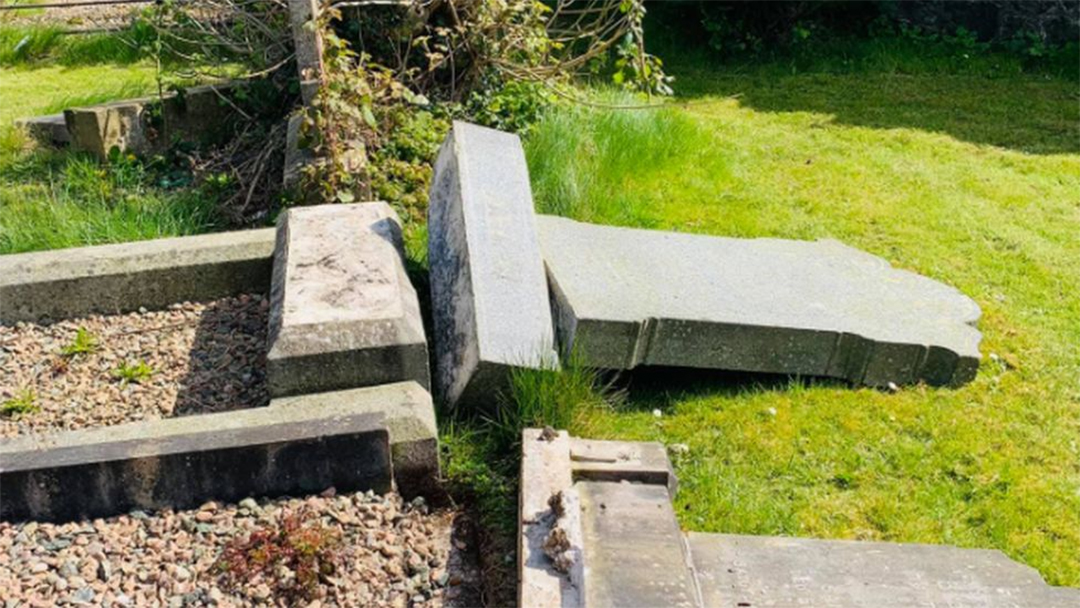 In the latest incident showcasing hate against Jews across the world, a Jewish cemetery was disrupted in Belfast, Northern Ireland last week. As reported yesterday by the media, unidentified vandals knocked down and smashed at least 10 gravestones in the Jewish section of the cemetery.

As reported by the BBC, the police are currently investigating the vandalism as a hate crime, since the gravestones were visibly manhandled and smashed to pieces by the vandals. Maintained by the Belfast City Council, the City Cemetery features a Jewish section that has graves as old as the 1870s. These graves occupy a walled-off section of the cemetery.

PSNI Inspector Róisín Brown, who said she was “appalled” at the incident, which happened “where members of the community come to pay their respects”, continued to say that, “The damage to these graves shows a total lack of respect for others and will have a significant impact on individuals and families within the Jewish community.”

She further went on to encourage the local community in west Belfast to hold those responsible to account for their actions and contact the police with any information.

Meanwhile, Steven Corr, a politician for the Sinn Féin party, one of Northern Ireland’s largest, visited the graveyard on Friday to help clean up the damage. After the vandalism, he took to Twitter to write, “These attacks on the headstones of dead people need to stop.” He also added that CCTV footage was being examined to identify who was responsible.

Also commenting on the matter was North Belfast DUP MLA William Humphrey, who said he was “disgusted and appalled” to hear about the attack.”This is a very sad day for Belfast,” he said.”I have nothing but the highest regard for the Belfast Jewish community, which continues to have my full support.” He added those responsible were “evil” and were guilty of “a most heinous hate crime”.

What is more appalling in this case, is that this incident at the City Cemetery in Belfast isn’t an isolated incident. A similar hate crime was carried out at the same Jewish section of the cemetery in 2016, where 13 headstones were damaged.