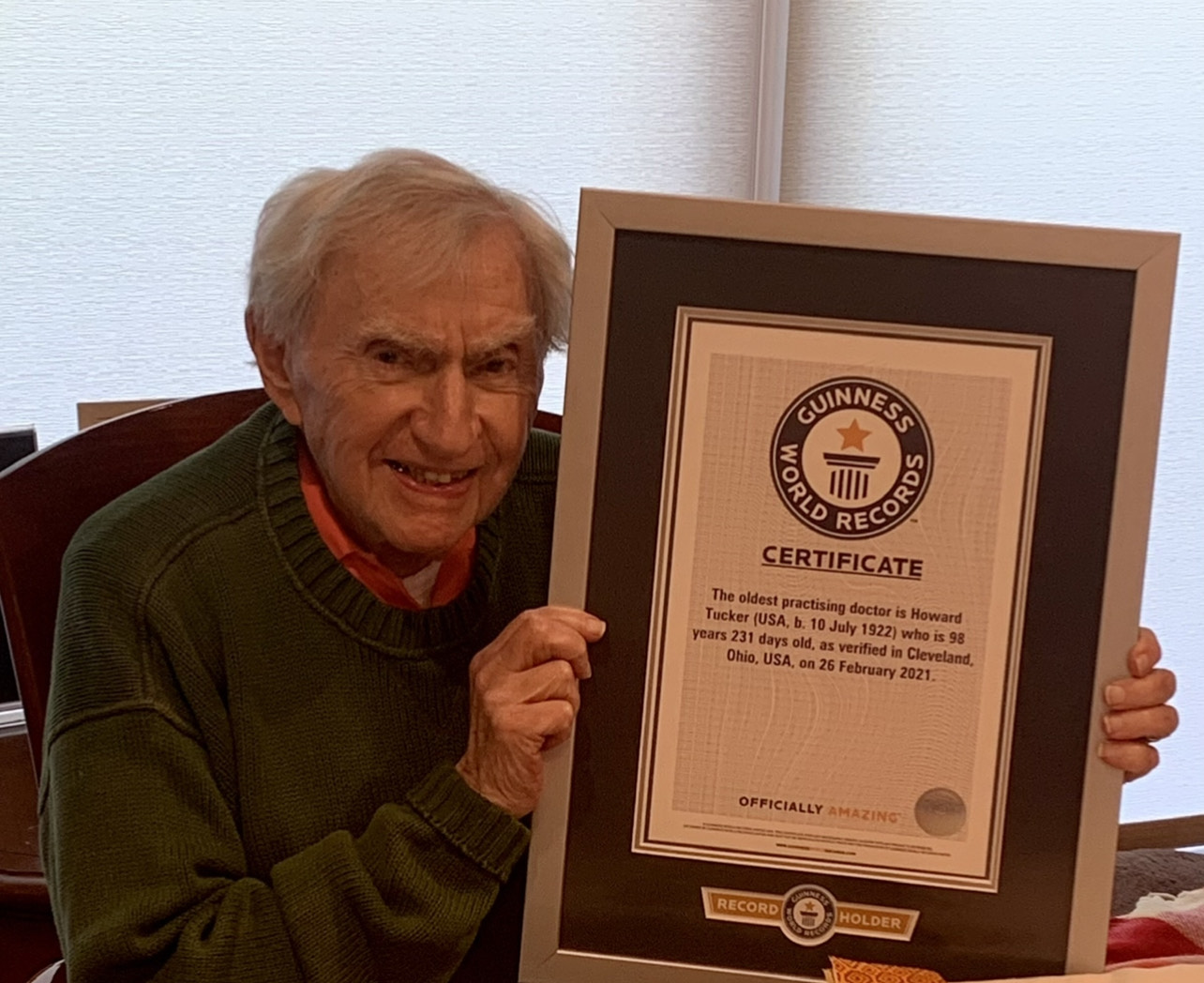 Dr. Howard Tucker from Cleveland made it to the Guinness World Records after his 100th birthday on July 10th, this year.

Now deemed the oldest practicing physician, still teaches medical residents at St. Vincent Charity Medical Center in Cleveland and takes on medical-legal expert witness work in his spare time. One of his 10 grandchildren, Austin Tucker, is currently producing a documentary about his life titled, “What’s Next?”

“I have to keep doing things because I can’t stand being at home,” Tucker said. “As long as people accept me, I’m going to continue to practice. I enjoy myself.”

Born in 1922, Tucker knew he wanted to pursue a career in medicine while a student at Cleveland Heights High School. “In those days, neurology was a truly intellectual pursuit,” said Tucker. “There’s something mysterious about the brain. There’s a mystique. That’s why I went into neurology.”

After graduating from high school in 1940, Tucker attended The Ohio State University in Columbus for his undergraduate degree and then medical school. Once his training was completed in 1947, Tucker served as chief neurologist for the Atlantic fleet at a U.S. Naval Hospital in Philadelphia during the Korean War.

After the war, Tucker trained at the Neurological Institute of New York. Always an avid learner, Tucker decided to attend Cleveland-Marshall College of Law at Cleveland State University after serving as an expert witness in a case. He found the legal system exciting and said he was determined to stay in law school and finish his degree — all while continuing to practice medicine. He graduated and passed the Ohio Bar Examination at 67 years old, and the rest is history!