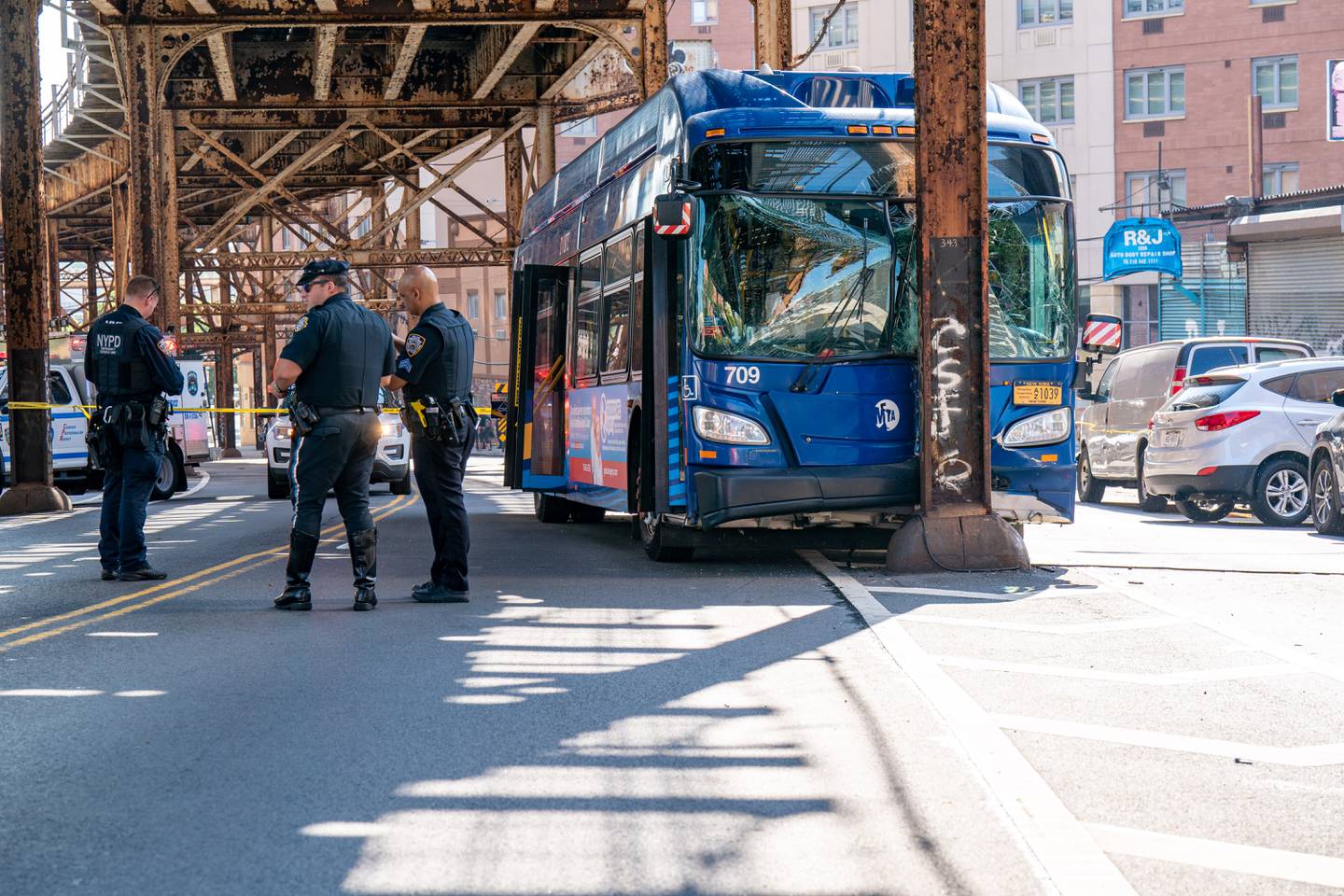 On Thursday, 12 passengers were reported injured after an MTA bus collided with an elevated Bronx subway pillar following a medical emergency.

A crash surveillance video showed that the bus careened out of its lane on an uphill curve and slammed into a support pillar for the Nos. 2 and 5 lines on Boston Road near West Farms Road in Allerton.

The video also showed that the bus’s wheels spun after the driver crashed into the pillar.

According to reports, the driver of the bus, a 44-year-old woman, was taken to St. Barnabas Hospital in critical but stable condition.

The NYPD said among the injured passengers was a young girl.

The NYPD added that the injuries of the passengers are not life-threatening.

Moreover, the NYPD said surveillance video from the crash shows the driver suffering cardiac arrest moments before the bus crashed.

According to reports, the driver, a 14-year veteran with a good record, is now in critical condition.