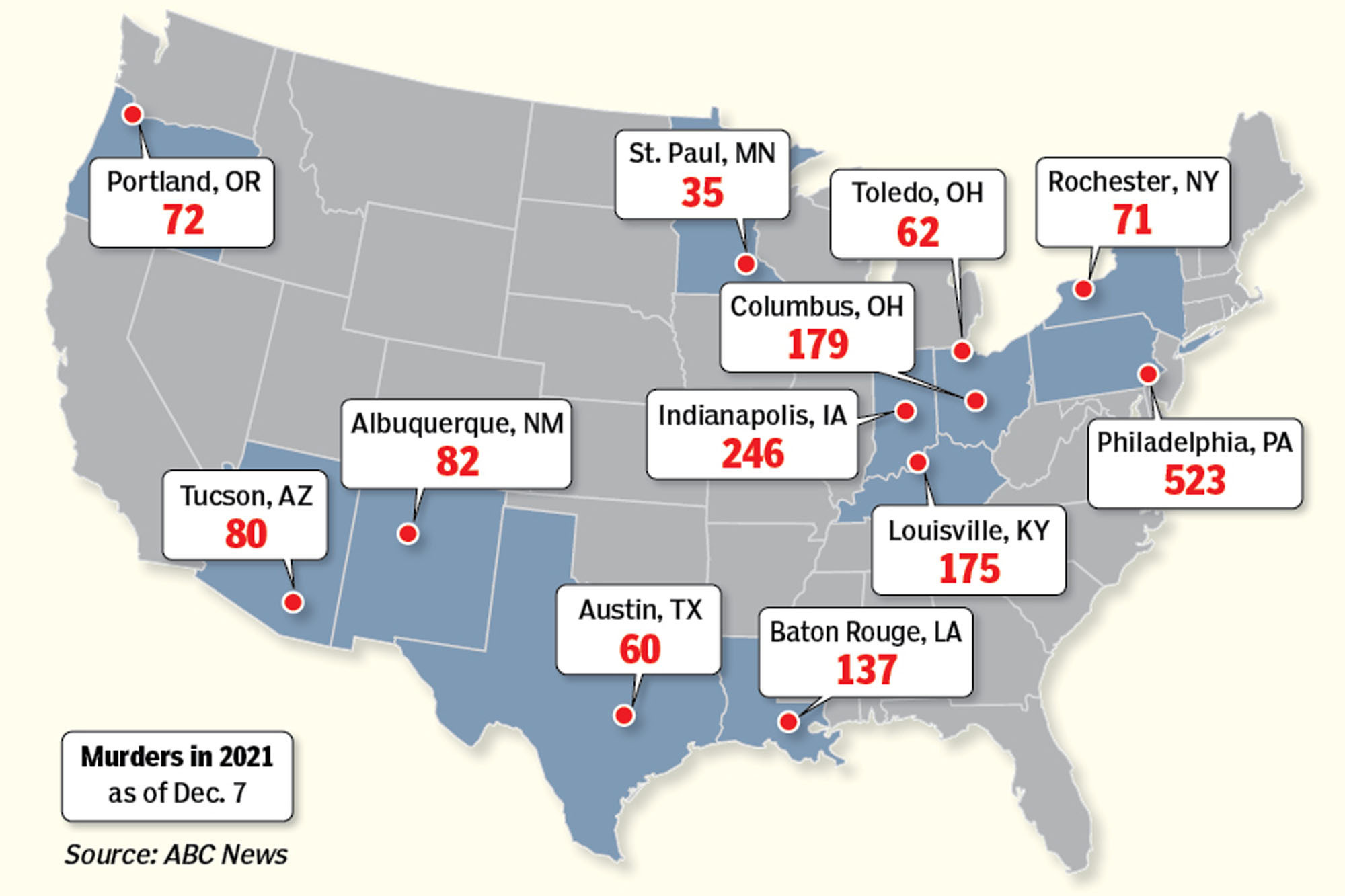 Based on the latest crime data across the United States, 12 major US cities have already set historical murder records in 2021.

Among these cities Philadelphia, the nation’s sixth-largest city, has the most murder records at 523 murders as of Dec. 7, surpassing its formal grim milestone of 500 murders, which was set in 1990.

The murder cases of the City of Brotherly Love are higher than the 443 murders recorded in New York City this year.

Philadelphia Mayor Jim Kenney, a Democrat is sad with the record-breaking murder in his city and called on the police to stop it.

A closer look at the murder cases also shows that all the mayors in these states are Democrats.

Some criminologists attributed these soaring murders rates to pandemic-related stress, criminals having too much free time, political and racial conflicts exacerbated by the police murder of George Floyd, and the subsequent retirement of police officers en masse.