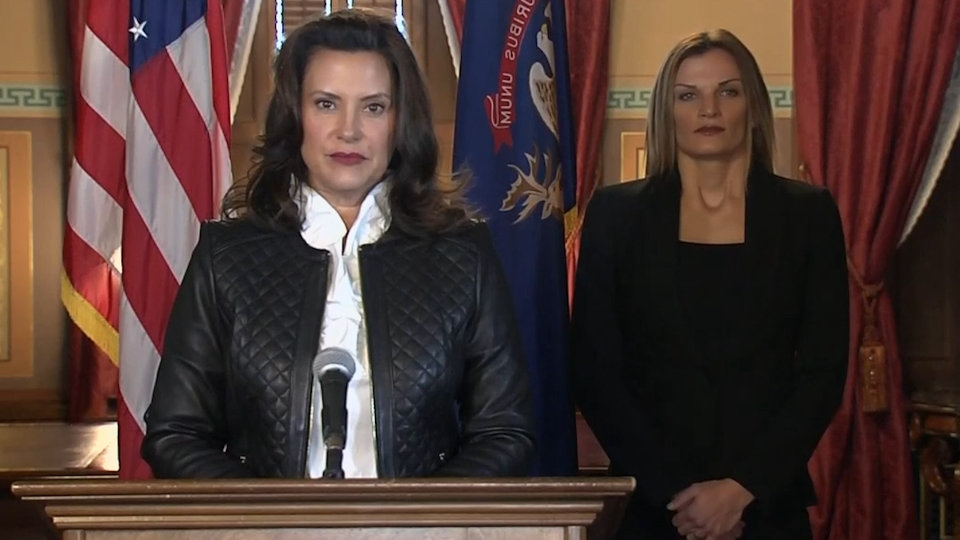 On Thursday,  federal and state officials announced that 13 suspects were charged in an attempt to kidnap Michigan Democratic Gov. Gretchen Whitmer. Suspecting a domestic terrorism plot, six of the perpetrators were apprehended and charged with federal crimes, while seven were slapped with state charges.

Associated with the militia group “Wolverine Watchmen,” the suspects had allegedly devised a scheme that planned to overthrow several state governments that are believed to be “violating the US Constitution,” including the government of Michigan and Gov. Whitmer.

Michigan Attorney General Dana Nessel announced, “The individuals in (state) custody are suspected to have attempted to identify the home addresses of law enforcement officers in order to target them, made threats of violence intended to instigate a civil war, and engaged in planning and training for an operation to attack the capitol building of Michigan and to kidnap government officials, including the governor of Michigan.”

In an interview the same day, Whitmer was recorded saying, “When I put my hand on the Bible and took the oath of office 22 months ago, I knew this job would be hard. But I’ll be honest, I never could have imagined anything like this. This is unlike anything we have seen before. The brave men and women of these two police organizations put their lives on the line to keep me and my family safe. I’m incredibly grateful and humbled by the work they do.”

She thanked federal and state law enforcement for bringing criminal charges that “hopefully will lead to convictions, bringing these sick and depraved men to justice.”

Continuing with her interview, she took to criticizing the President, saying “Just last week, the President of the United States stood before the American people and refused to condemn white supremacists and hate groups like these two Michigan militia groups…When our leaders speak, their words matter. They carry weight.”

Addressing this statement, White House press secretary Kayleigh McEnany said Whitmer is “sowing division” and trying to spew hate among the masses, now that the elections are nearing.

Later Thursday night, President Trump also took to Tweeting against Whitmer’s allegations, posting, “Rather than say thank you, she calls me a White Supremacist.”

“I do not tolerate ANY extreme violence. Defending ALL Americans, even those who oppose and attack me, is what I will always do as your President!” he added in another tweet.

Governor Whitmer of Michigan has done a terrible job. She locked down her state for everyone, except her husband’s boating activities. The Federal Government provided tremendous help to the Great People of Michigan. My Justice Department and Federal Law Enforcement announced…