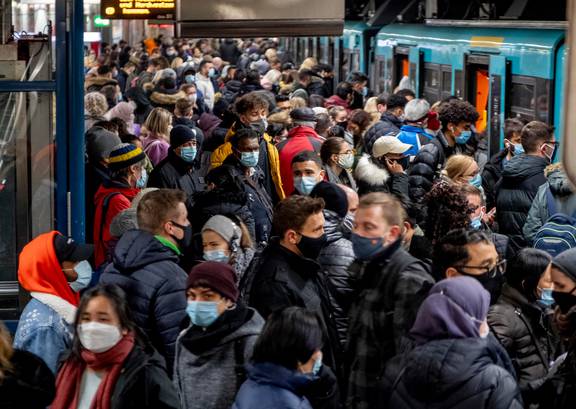 On Sunday, an estimated 13,000 residents from Frankfurt, Germany were asked to evacuate immediately, as experts found and then diffused an unexploded World War II bomb.

75 years after the Second World War, a 1,100-pound British bomb was discovered at a construction site in Germany’s financial capital on Thursday, the emergency services said. After the explosive was found, the local fire brigade said the size and design of the explosive could create massive damage and be a danger to life.

In response to the fears of it detonating, a half-mile evacuation radius was set up in the west of the city center in an area that included a number of old people’s homes, heating and internet infrastructure, and facilities of the Deutsche Bahn national rail operator. Almost 13,000 people living in the upscale neighborhood close to the city center began leaving their apartments at 8 a.m. local time.

Among the ones that were found, also included bigger bombs at Cologne and Dortmund. In June, a 500-kilogram bomb was discovered on the grounds of Frankfurt’s convention center.

In 2017, the discovery of a 1.4-tonne bomb in Frankfurt prompted the evacuation of 65,000 people — the largest such operation since the end of the war in Europe in 1945. Frankfurt was regularly bombed by Allied forces during the Second World War, which destroyed the largest medieval city in Germany, and killed more than 5,000 people.

On Sunday, the bomb was successfully defused in less than two hours, the fire service announced on Twitter in the afternoon. Authorities had said the work could take up to five hours, but “it can go very quickly if the detonator is positioned in such a way that the experts can get to it quickly”, a fire service spokeswoman told AFP.