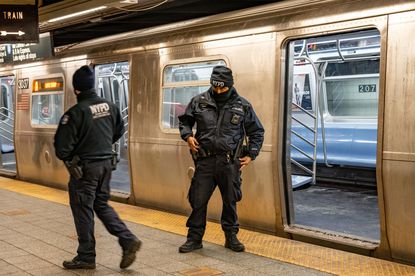 In crimes that have not slowed down despite law enforcement efforts, the latest of Subway stabbings resulted in violence against a 15-year-old boy on Sunday evening.

According to the NYPD, the teen was stabbed in the leg on the southbound D-train platform at the 145th St. station in Hamilton Heights just before 7:15 p.m. on Sunday evening. As it stands, the teen was approached by a group of four males, each wearing black clothing, who stabbed him after a verbal altercation.

The teen was transported to Harlem Hospital where he is in stable condition, and an investigation is regarding the matter is ongoing. No arrests have been made at this time.

A key component of the plan also directed NYPD personnel to assist in enforcing certain subway rules, such as sleeping across multiple seats, exhibiting aggressive behavior to passengers, or creating an unsanitary environment.

Despite Adams’ plan to ensure safety at Subway stations, the crimes are not showing trends of a decline.