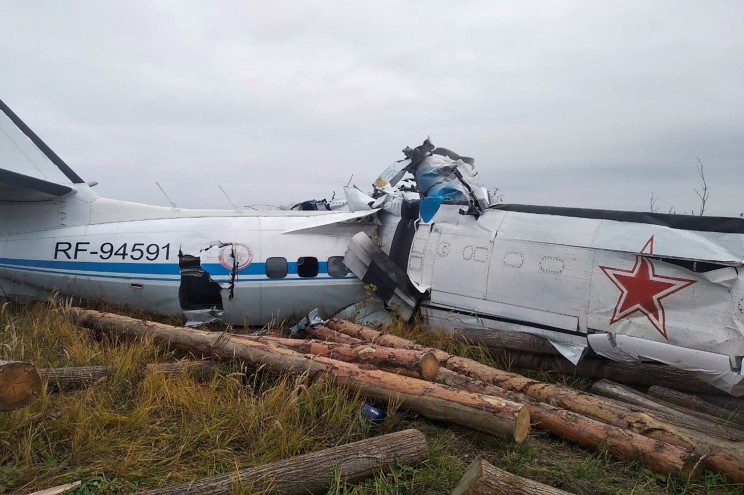 16 killed after a plane carrying parachutists crashes in Russia

Sixteen people died and six others seriously injured after a plane carrying a group of parachute jumpers crashed in the Russian region of Tatarstan on Sunday.

Based on the data released by the Emergencies Ministry, the aircraft carrying 20 parachutists and two crew members came down near the city of Menzelinsky.

The initial investigation has shown that the ill-fated Let L-410 Turbolet twin-engine short-range transport aircraft is owned by an aeroclub in the city of Menzelinsk.

Due to the tragic accident, the state-run Cosmonaut Training Facility has suspended its ties with the aeroclub pending an investigation.

Air investigators suspect one of the engine’s aircraft malfunctioned resulting in the deadly disaster.

The air disaster is the second to happen in Russia in the past two months.

All 28 people on board an Antonov An-26 twin-engine turboprop died in a crash in Kamchatka in July.