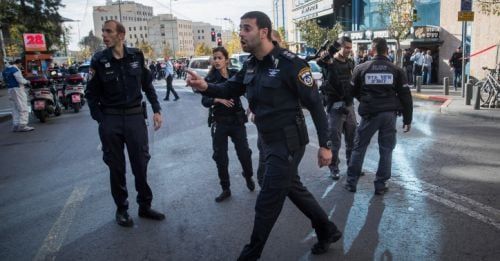 A border police officer shot and wounded a 17-year-old boy, who went on a stabbing spree and injured two victims, at a store next to the Jerusalem Central Bus Station on Monday afternoon.

Israel Police Jerusalem District Commander Doron Turjeman said they arrested the male suspect from the Hebron area and two other suspects in connection with the stabbing incident.

Turjeman said the suspect is now undergoing treatment for his gunshot wounds.

The police officer added the two stabbing victims are also undergoing treatment at a local hospital and in moderate medical condition.

“The deployment and fast response together with determination and exercises conducted in Jerusalem every day led to the quick neutralization of the terrorist and the prevention of additional lives being endangered,” Turjeman said.