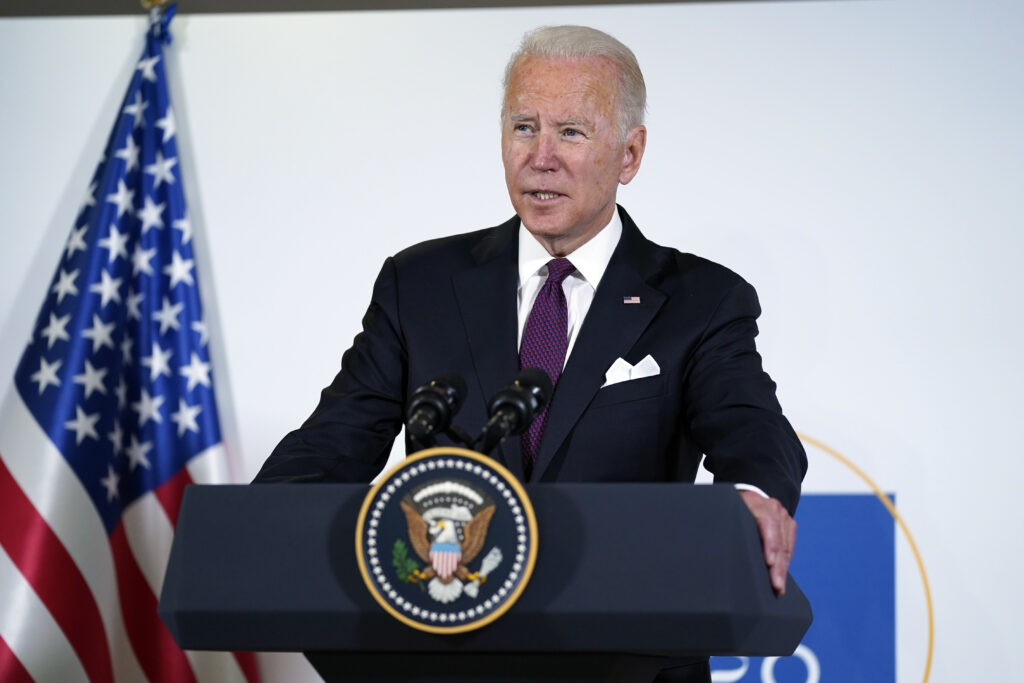 According to reports, eighteen states filed three lawsuits on Friday while the estate of Florida file their lawsuit on Thursday.

Attorneys general from Alaska, Arkansas, Iowa, Missouri, Montana, Nebraska, New Hampshire, North Dakota, South Dakota, and Wyoming signed on to one lawsuit, which was filed in a federal district court in Missouri.

In their lawsuit, the estates want a stop to Biden’s requirement that all employees of federal contractors be vaccinated against the coronavirus by Dec. 8, since the mandate violates federal procurement law and is an overreach of federal power.

“If the federal government attempts to unconstitutionally exert its will and force federal contractors to mandate vaccinations, the workforce and businesses could be decimated, further exacerbating the supply chain and workforce crises,” Missouri Attorney General Eric Schmitt, a Republican, said in a statement.

“The federal government should not be mandating vaccinations, and that’s why we filed suit today – to halt this illegal, unconstitutional action,” Schmitt added.

Biden issued the mandate earlier since it will help end the deadly pandemic.

However, Republicans nationwide have opposed the vaccination requirements and have threatened to bring similar legal challenges.

Meanwhile, the Democratic Party of Georgia called the lawsuit a “dangerous political stunt.”