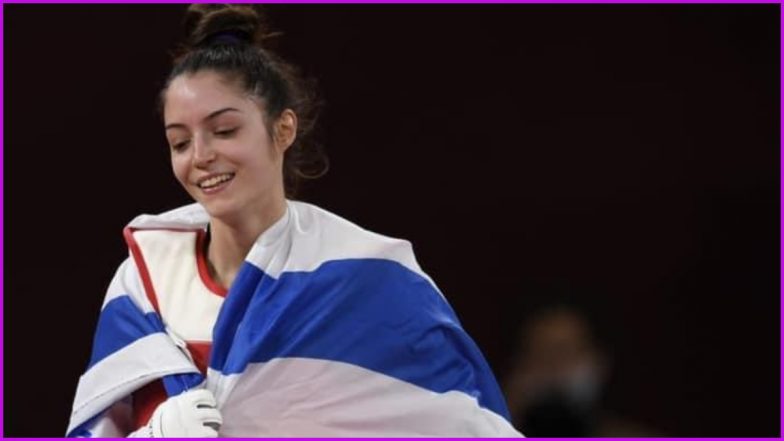 It’s a bronze for Israel, as the first medal for the nation came through via a commendable performance by 19-year-old taekwondo fighter Avishag Semberg. She won Israel’s all-time tenth Olympic medal, and is the youngest Israeli to medal, at the age of 19.

Coming third in the women’s under 49 kg category n Taekwondo on Saturday, Semberg gave Israel its first medal of the Tokyo Olympics and its first-ever in the sport. The fierce young woman earned victory after defeating Turkey’s Rukiye Yldrm. Samberg’s first win earlier in the day was Israel’s first-ever Olympic win in any taekwondo category.

“I said to myself, ‘I want this medal more than she does,’ and I did it… I have an Olympic medal at 19, it’s a dream come true. I still haven’t fully grasped what I did here — [the fact I won] an Olympic medal is not yet absorbed in my head. I thank the many people who played a part in my journey,” Semberg said after her win. After the match, she embraced Yael Arad, a former judoka who was Israel’s first Olympic medalist in 1992, in the stands.

Among other sports, Israel is expected to win at least one medal in judo, a Japanese martial art that features wrestling techniques. Israeli judoka Timna Nelson Levy advanced to the quarterfinals in the 57kg weight class after defeating Serb Marica Perisic.