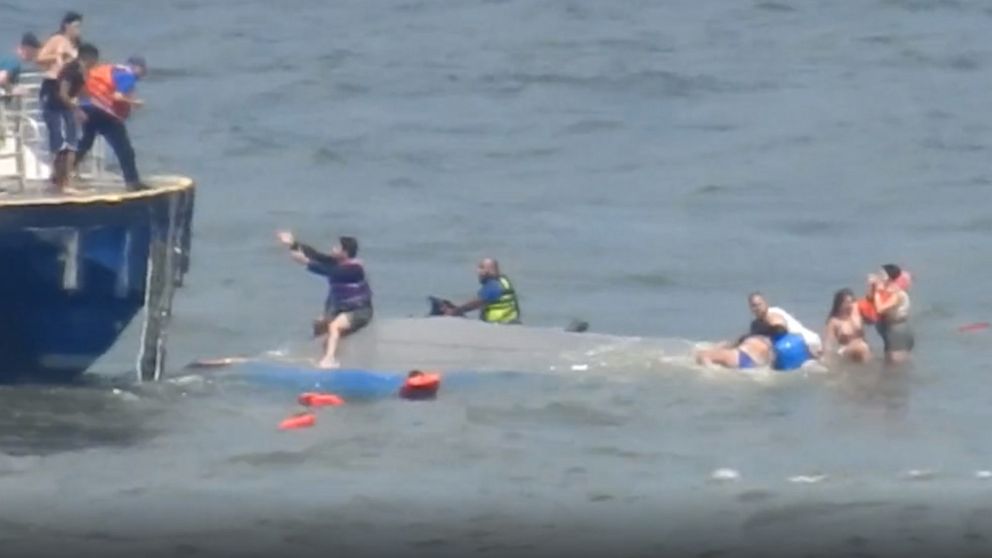 A woman and child lost their lives due to the capsizing of a chartered boat on the Hudson River on Tuesday.

Sending all 12 people on board into the water, a woman and a 7-year-old child lost their lives by the time nearby ferries rushed to the scene to help police and fire department rescuers get people out of the water.

Three people were critically injured, including the captain. Victims became trapped beneath the boat when it flipped at around 2:45 p.m. off Manhattan near Pier 86, authorities said, which is in front of the docked aircraft carrier USS Intrepid, a popular tourist destination.

“There’s a lot of commercial and recreational traffic during the day here. We also have a lot of people on Jet Skis, and kayaks,” said Inspector Anthony Russo, commanding officer of the New York Police Department’s Harbor Unit, at a press conference Tuesday afternoon. “The Hudson River is always a dangerous place to operate,” he said.

“Our hearts go out to a group of people who were just using the water in our city,” Mayor Eric Adams said at the news conference. “This is a devastating moment for them and those who were part of the families that were there.”