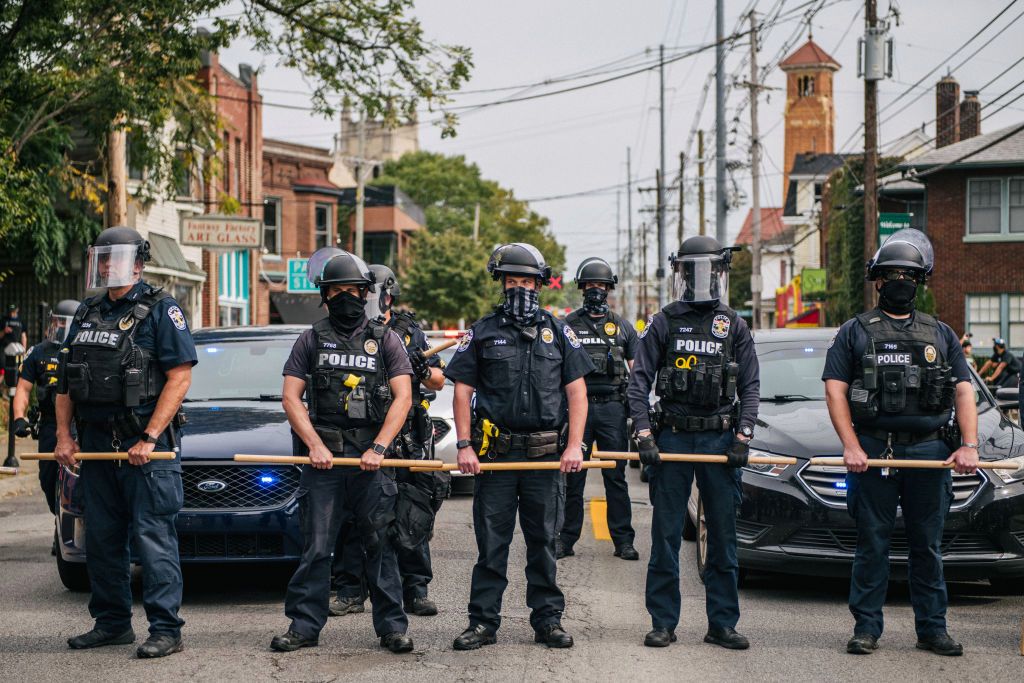 Wednesday night saw violent protests sparking off across Louisville, killing 2 Police officers in the midst. Angered over the failure of the law in charging the officers held responsible for Breonna Taylor’s killing, protestors took to waging a war against law enforcement, resulting in two fatal shootings last night.

Two Louisville Metro Police Department officers were shot during raucous protests following a grand jury’s decision in the shooting death of Breonna Taylor. The court ruling had resulted in the indictment of one police officer for three counts of felony wanton endangerment for firing into the apartment next door to Taylor’s, and not for homicide. Jonathan Mattingly and Myles Cosgrove, the two other officers involved in the shooting, were not charged.

Interim Police Chief Robert Schroeder informed reporters that the officers who were shot during these violent protests had sustained non-life-threatening injuries, and that, as he spoke, one of the two officials was in surgery. According to the Chief, the suspect has been arrested and is in custody. Not revealing the identities of the officers or the suspect, he told the reporters that the two policemen were responding to a call of shots fired and a large crowd at around 8:30 p.m.

Voicing out his concerns for the safety of law enforcement officers, he said, “I am very concerned about the safety of our officers. Obviously, we’ve had two officers shot tonight and that is very serious. It’s a very dangerous condition.”

Later last night, President Donald Trump took to Twitter to say that he was “praying for the two police officers that were shot,” adding he had spoken to Kentucky Gov. Andy Beshear and was “prepared to work together, immediately upon request!”

Praying for the two police officers that were shot tonight in Louisville, Kentucky. The Federal Government stands behind you and is ready to help. Spoke to @GovAndyBeshear and we are prepared to work together, immediately upon request!

Governor Andy Beshear also tweeted after the incident, in a video message that beseeched protestors to go home, saying, “We know that the answer to violence is never violence and are thinking about those two officers and their families tonight… There will be many times over the coming days where there will be an opportunity to be heard, and so many people are listening right now.”