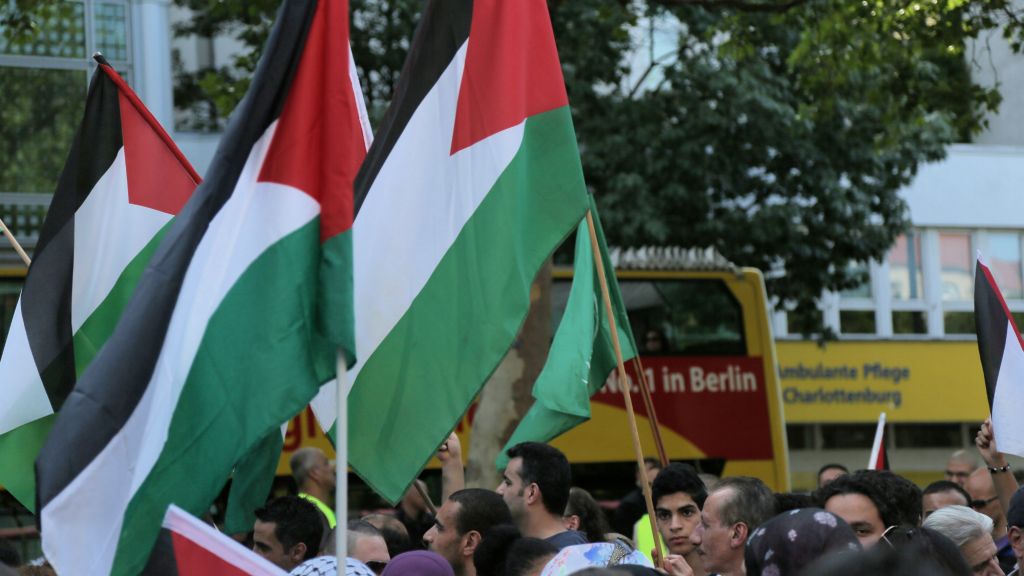 Following the situation of unrest in Israel and Palestine, numerous demonstrations are being staged worldwide, causing Ethnic unrest across the globe. One such instance occurred in Western Germany earlier this week, as about 200 Turkish right-wing extremists protested Israel’s actions in Gaza by marching to a synagogue in Gelsenkirchen.

Chanting despicable antisemitic slurs, the Palestinian flag-bearing demonstrators weren’t stopped by the police initially but were charged upon when they began chanting expletives against Jews, out in the open. In Germany, chanting anti-Semitic slurs publicly is a criminal offense. 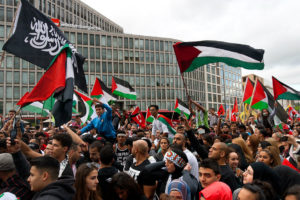 What’s more is that this was not an isolated incident in Germany, ever since the clashes between Israel and Palestine began this week. On Wednesday night, a synagogue window was shattered in Mannheim, near Frankfurt, according to a report by the SWR news site. Additionally, approximately 500 people gathered in Hanover to protest “Israeli attacks against Jerusalem and Gaza.” At that gathering, police prevented the attempted burning of an Israeli flag.

Meanwhile, in London, thousands protested Israel’s actions in the largest demonstration in Europe to date. During the protests, violence broke out and people chanted antisemitic chants about the “f***ing Jews” – when counterprotesters unfurled an Israeli flag. Pro-Palestinian protesters tried to lunge at the counterdemonstrators, kicking one in the head while police were extracting him and other supporters of Israel.