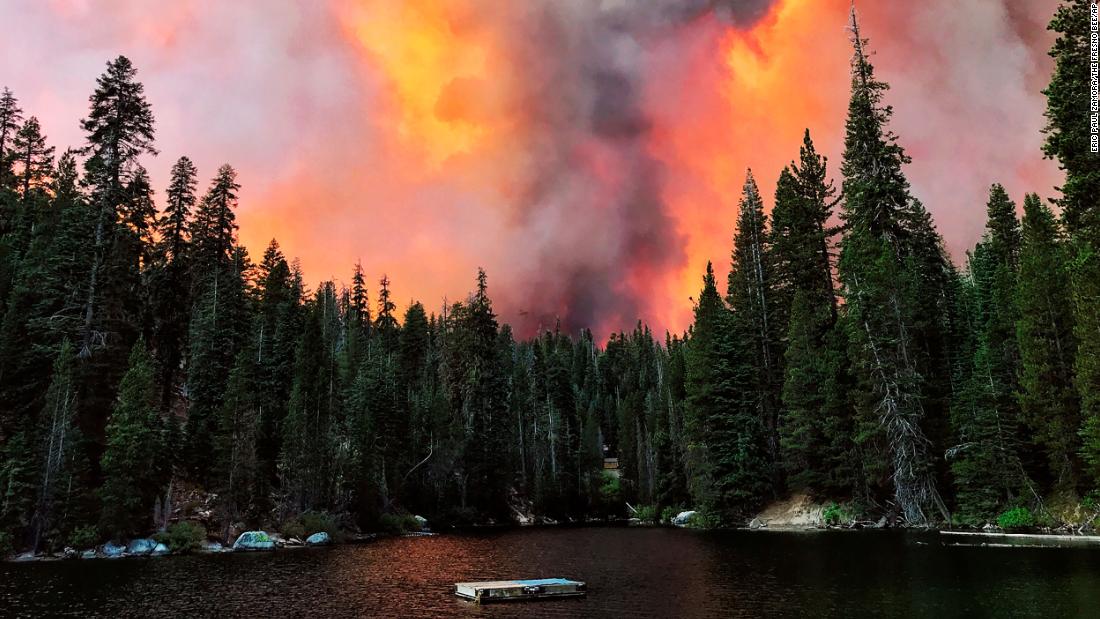 On Sunday, a State of Emergency was sounded in California after the Creek Fire surrounded Mammoth Pool Campground and destroyed a small city in California. Over 200 campers were rescued overnight, as flames engulfed the area.  Governor Gavin Newsom declared a state of emergency in five Californian counties – Fresno, Madera, Mariposa, San Bernardino, and San Diego – because of the wildfires.

Days after first battling the gargantuan wildfires that have broken out across the State, the recent blaze spread at an exponential rate, incinerating more than 45,500 acres of wildland and prompting California Gov. Gavin Newsom on Sunday night to declare a state of emergency for three counties. According to the U.S. Forest Service officials, at least 3,000 structures are currently at threat. More than 800 firefighters are at the scene, and more are on the way.

As tweeted by Gen. Daniel Hokanson, Chief of the National Guard Bureau, more than 200 people were brought to safety via helicopter. Giving further updates on the situation late Sunday, Fresno Fire Chief Sean Johnson mentioned, “About 20-30 people suffered injuries and numerous were severely hurt. Resources are completely stretched thin.” Many homes were damaged or destroyed Saturday night. Officials estimate half of all homes in the small town of Big Creek were scorched.

A triage center was set up at Fresno Yosemite Airport to treat the rescued patients, many of them with severe injuries ranging from broken bones to burns and smoke inhalation. Several Fresno and Clovis fire crews were at the airport to help take patients to local hospitals.

It is speculated that extreme heat in the coming days is likely to push the fire’s growth over the next several days and thousands are asked to flee their homes and campgrounds.

Although the genesis of the fire is still unknown, it first ignited on Friday night near the San Joaquin River and the communities of Big Creek and Huntington Lake. By Saturday afternoon, Fresno County Sheriff’s Department started to issue evacuation orders and advisories for visitors and residents. Newsom’s emergency order covers Fresno, Madera, and Mariposa counties.