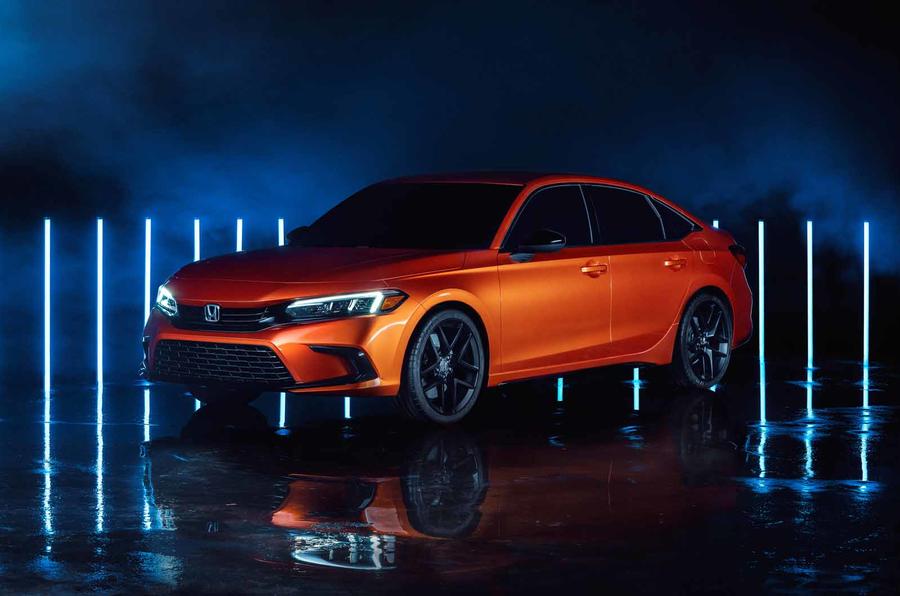 Stylish, sophisticated, and loaded with better tech, the 2022 Honda Civic prototype has proven to be quite the update to the existing model. The 11th generation is complete with a sleeker and sportier outside and a promising set of updates within the cabin.

One of the most popular compact cars in the US, the Honda Civic is all set to get a makeover with the 11th gen, 2022 vehicle that features elongated proportions and a clean, minimalist interior design, as seen in the prototype reveal. Furthermore, Honda has confirmed that the new-generation Civic will be offered in sedan and hatchback body styles, as well as a Si variant, and a high-performance Type R, once it hits production lines. Sales of the sedan will start late next spring.

Equipped with a whole new set of performance, safety, and standard features, the new 2022 Honda Civic showcases a more formal exterior with fewer curves, similar to the Accord, and an interior with a modern, minimalistic aesthetic. On the exterior, the car has a more emphatic grille, paired with sleeker LED headlights. The side profile sports dashes of character lines while the sedan continues to sit quite low to the ground for a sporty visual appearance. The rear profile of the car has also received notable changes and now appears to stand wider than before and gets a larger pair of LED taillights, a new spoiler, and an updated dual exhaust tip.

According to Honda spokesperson Carl Pulley, “The 2022 Civic will also get more standard feature content,” he says, also claiming it will perform “even better than its predecessor” in handling, engine performance, overall dynamics, and crash protection.

Coming to the interiors, “Rear legroom remains the same,” says Dan Calhoun, Honda senior planner for the Civic four-door and Si. “But the longer wheelbase allowed us to increase the rake of the rear seat slightly for more comfort.” The soon-to-arrive Civic offers a dash design that emphasizes on a horizontal layout while continuing with the priority on a clean profile. The interior also features a honeycomb accent between the touchscreen – which is now nine inches rather than seven, rotary dials for the air conditioning, large cup holders, and what seems like storage space for phones on the center console. The Civic will also get the faster infotainment system now in the Accord and Odyssey, which has better graphics and wireless Apple CarPlay and Android Auto capability.

More details about the car are set to be announced closer to the on-sale date in late spring 2021.