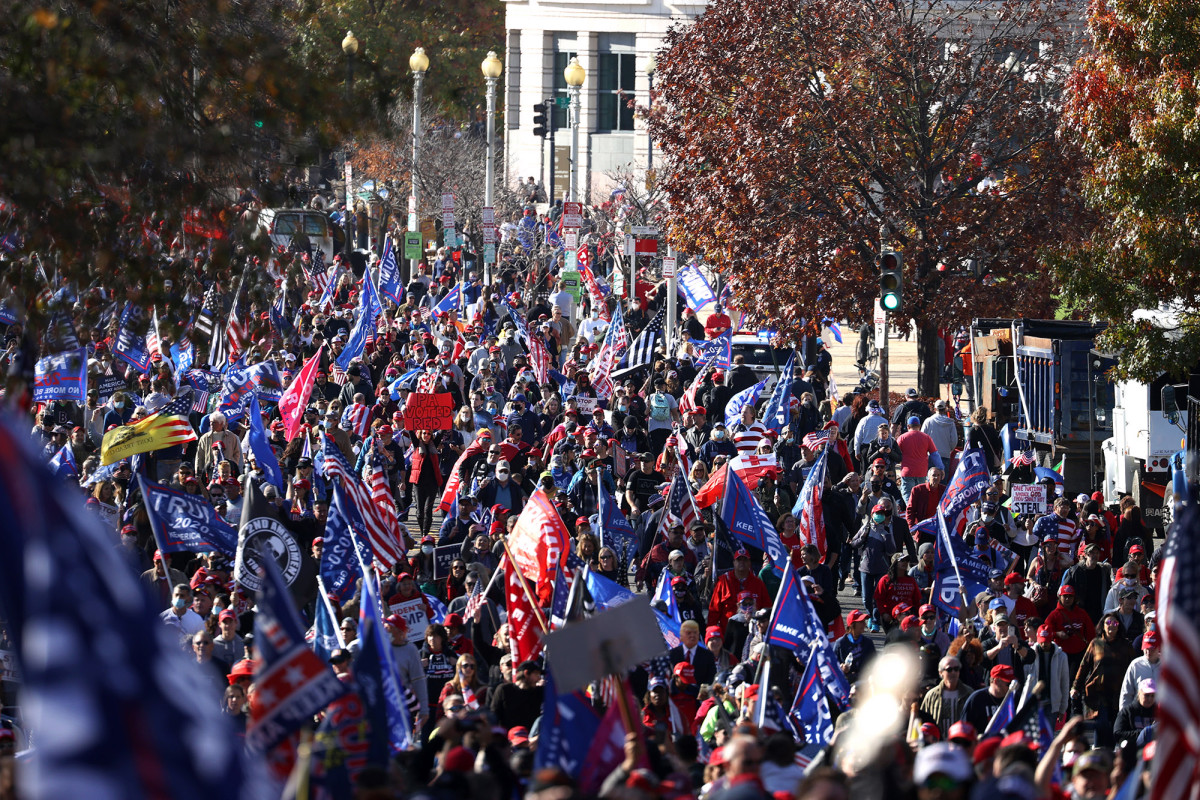 As of Monday, the DC Police revealed that a total of 21 arrests, including 4 new ones on Monday, had been made in relation to the Million MAGA March held on Saturday, where pro and anti-Trump protesters met in a major clash.

As reported by the Washington Post, DC Police Chief Peter Newsham said four more people were arrested on Monday, including one for assault, at the scene of Saturday’s video-recorded skirmish near 17th and I streets, in Washington DC. The video recording was also posted on Twitter by President Trump, with the caption- “Human Radical Left garbage did this. Being arrested now!” The video showed a Trump supporter being hit from behind with a sign and falling to the ground.

Newsham, in his statement, also added that the police wanted to be sure whether the attack was provoked by the Trump supporter, with reference to the long-form video that showed the supporter knocking a counter-protester to the ground before he got hit.

The 21 people arrested on various charges included 26-year-old Javien Michael Dawson, who was charged with assault with a dangerous weapon for an incident in which fireworks were thrown at Trump supporters in the aftermath of the march, according to a video posted online.

Another case that is still being pursued is the assault on a 26-year-old victim, who claimed to have been stabbed with a knife as he was bending over to help a fellow counter-protester. He added that the attack was launched by a group of seemingly drunk men, some of whom were wearing red MAGA hats.

Among others who were arrested, a Virginia man was charged with a weapons violation, and claimed he didn’t know it was illegal to carry his gun in DC, while a couple from Georgia- Joshua Justice Skillman, 28, and his girlfriend Samantha Falk- were arrested for possessing eight unregistered firearms, and openly carrying semiautomatic firearms.

Adding to his statement, Newsham said, “The worst of it for me… was to see our country having those types of physical disputes over an election. That’s something we attribute to other countries across the world, but we don’t see that here in the United States.”