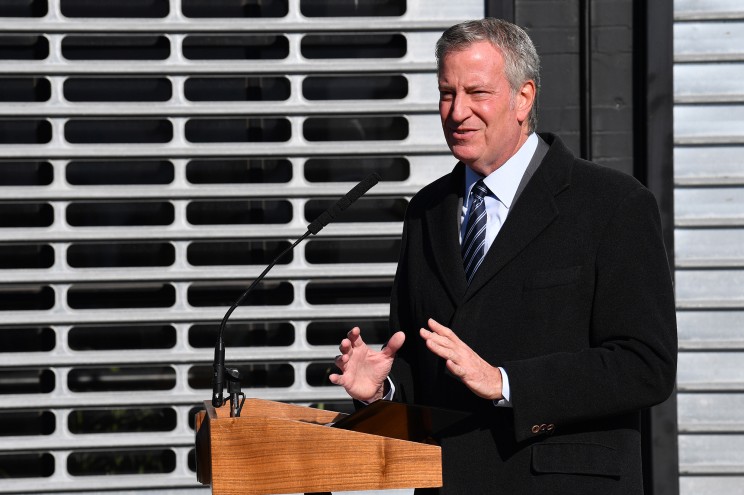 On Sunday in his speeches at churches in Harlem de Blasio promoted his education record and statewide year-round schooling proposal.

De Blasio revealed his newly announced proposal to give New York State students an option for summer school and expand after-school programs for them — initiatives funded by increased taxes on the rich.

“It should be a right for every family to know that, if you want your child there the whole day long, you can have that,” de Blasio added.

“Remember, we used to hear about summer school, which was like if something went wrong, you got sent to summer school.

Well, this takes this idea [and] puts it on its head, and says, ‘Let’s make summer a beautiful, positive time and give a universal right to all parents,” he added.