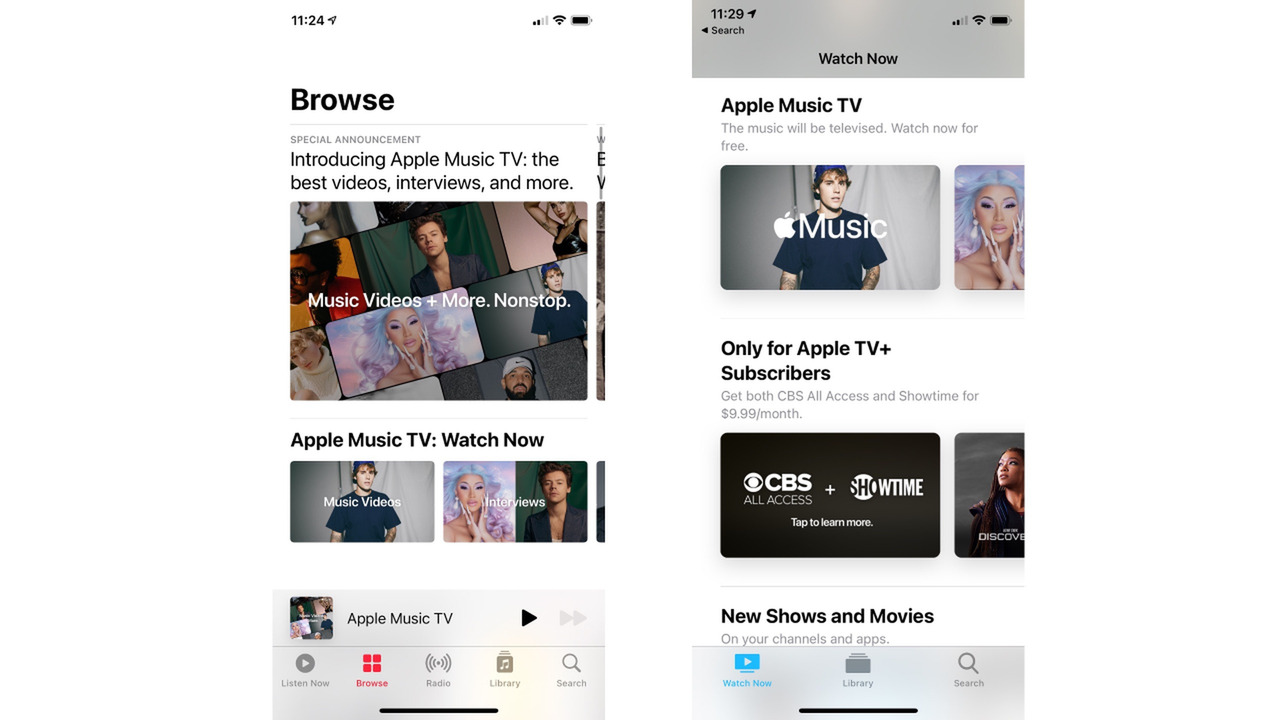 On Monday, Apple launched a 24-hour music streaming channel titled- Apple Music on television. Free to watch in the US, the channel can be watched by browsing through the tabs of the Apple Music app and on the Apple TV app.

Apple stated on the day of the launch during a special Livestream fan event, “The service premiered Monday morning (Oct. 19) with a countdown of the top 100 all-time most-streamed songs in the US on Apple Music. On Thursday (today), it will celebrate the upcoming release of Bruce Springsteen’s ‘Letter to You’ album with an “all day Bruce takeover” featuring music-video blocks of his most popular videos.”

The new channel will host video premieres at noon ET every Friday — starting with Joji’s “777” and Saint Jhn’s “Gorgeous” on the 23rd. With a snappy tagline, ‘Watch. Listen. All Day’, the new channel comes after the launch of 2 new radio channels and the revamping of Beats 1 as Apple Music 1.

Competing with some of the top players in the game, Apple will also have an edge over other music channels like MTV and Vevo with original content in the form of gig footage, interviews, and documentaries. Apple Music has featured loads of original content since its official launch in 2015, including concert films, interviews, and more — “that content will now also have a home on Apple Music TV,” the announcement promises.

It is being speculated by tech experts that the currently free streaming channel would be made chargeable in the case of major concerts by big artists or special shows designed keeping the pandemic in mind. Targeting a key demographic comprising mostly of youngsters, Apple has entered the music streaming arena with prospective plans of earning some big bucks.