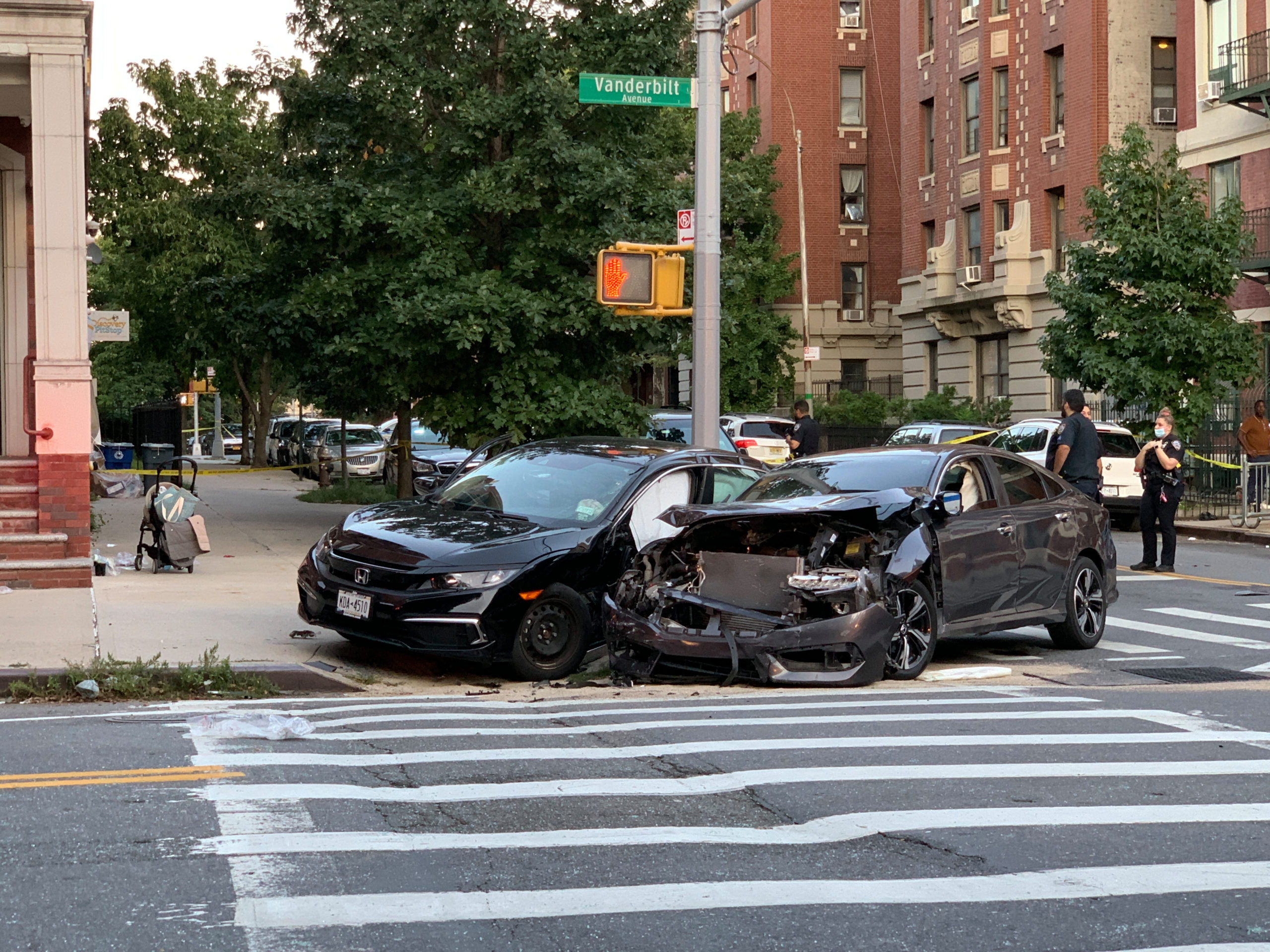 A three-month-old girl died, her mom critically injured, and three other bystanders injured when a hit-and-run driver going the wrong way on a Brooklyn street caused a chain of the terrible chain of events on Saturday evening.

In the initial investigation by NYPD, an erratic motorist first T-boned a black 2020 Honda Civic at the intersection of Gates and Vanderbilt Avenues in Clinton Hill at around 6:20 p.m., injuring the driver, a 49-year-old woman.

The incident made one or both of the vehicles barrel into the 32-year-old mother, who was pushing her daughter in a stroller.

A 39-year-old bystander was also hit in the incident.

Due to the strong impact of the hit, the baby on the stroller was sent flying 15 to 20 feet causing her death.

The mother of the baby suffered deadly injuries and is currently undergoing surgery at Methodist Hospital.

The driver of the black Honda was also being treated there for less serious injuries.

The male pedestrian was being treated at Brooklyn Hospital and is expected to recover.

Unfortunately, the driver behind the deadly road accident who was in a 2017 silver Honda Civic escaped the scene on foot and remained at large at the moment.

The police revealed a passenger of the still at the large driver, a 29-year-old man, also tried to run off before officers caught him.