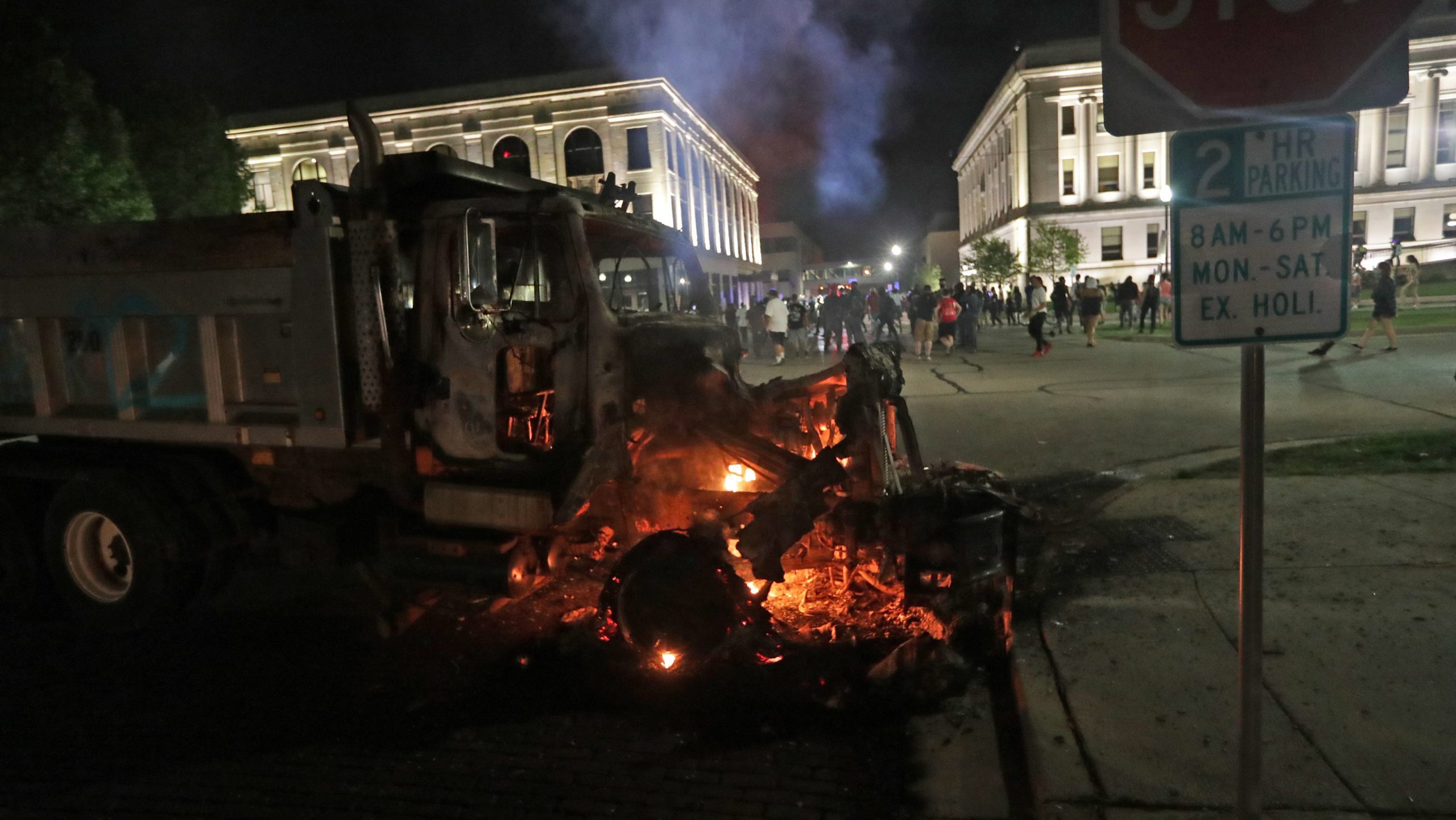 In the 3rd consecutive night of the clash between police officers and protesters following the shooting of a now paralyzed Jacob Blake, three people were shot as gunfire broke out on the streets of Kenosha, Wisconsin, early Wednesday. Among the 3 people shot, two lost their life. The gunman who allegedly caused this unrest is still at large. In their statement, Kenosha Police said officials responded to “reports of shots being fired and multiple gunshot victims” in the city at about 23:45 on Tuesday.

A social media video taken earlier this morning, showed a gun battle among civilians, with several people rushing a man with a long gun who apparently had been knocked to the ground. The video shows the gun-clad man firing at the people rushing towards him, one of whom falls to the ground. Several other shots are heard in the background.

Unclear as to who the perpetrator was, the police are investigating the matter and are uncertain whether the shooting “stemmed from a conflict between self-styled militias guarding a gas station and demonstrators”. “Three people had been shot and one was killed,” Sheriff David Beth of Kenosha County was quoted as saying, by the New York Times.

Earlier, police had fired tear gas and rubber bullets to disperse protesters who rallied the ‘Black Lives Matter’ Campaign after the latest shooting of a Black man, whose family said he was left paralysed after being shot seven times in the back by a white police officer. Blake, 29, a father of six, was struck with 7 bullets at point-blank range after being tased, apparently after trying to break a fight between two women. The police, who allegedly followed the unarmed man with guns at-the-ready, shot him as he walked away from them to his car and opened a door to the vehicle. Three of his young sons were in the car at the time of this horrific incident.

Exacerbated by over 200 demonstrators defying a nighttime curfew outside a court and an adjacent park in the centre of Kenosha, police were disepersed to the scene of the protests, equipped riot gear. With the deployment of the National Guard by the Governor of the city, several military-style armoured patrol vehicles were seen manoeuvring around the court building, firing tear gas at the crowd, many of whom hurled water bottles, firecrackers and other objects back at police.

When police ordered protesters to disperse, the crowd responded by chanting “Black lives matter”, which made matters worse. On non-cooperation of orders, the Police then began fired rubber bullets.

Despite Jacob Blake’s mother urging protesters to stay calm and refrain from protesting in a fit of violent rage, protestors have continued to take to the streets, joined by demonstrations in New York and Minneopolis as well.