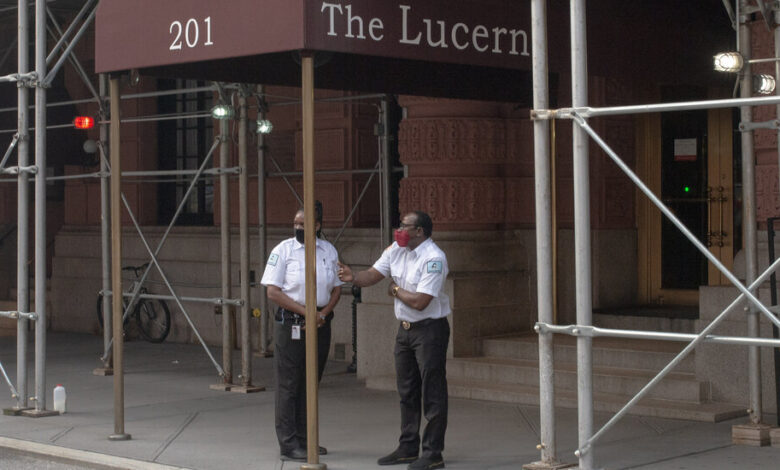 Nearly 300 homeless men who had been re-located to the posh Upper East Side locale, are slated to be moved back to their shelters, after a series of complaints that were raised by residents of the upscale neighborhood.

Temporarily residing at the Lucerne Hotel after Mayor De Blasio issued directives to shift homeless New Yorkers to commercial hotels, over 300 men are to be moved back to their respective shelters. As New York became the epicenter of the coronavirus transmission, authorities took to this measure in July 2020, in order to prevent the further spread of the deadly virus.

Soon after the relocation, residents of the swanky localities which now hosted the homeless blamed the new occupants for diminishing the quality of life in the upscale neighborhood.

A known liberal neighborhood, this shift proved to be a litmus test for the largely white locale. In a private Facebook group titled ‘Upper West Siders for Safer Streets’, many commenters said that the men menaced pedestrians and urinated and defecated on the street and that they used and sold drugs in the open. Threatening to sue the city for this setting, some residents formed a nonprofit, the West Side Community Organization, and hired a lawyer and former deputy mayor, Randy Mastro.

The chain of events led to a few other residents calling out the hypocrisy of their neighbors, pointing out to the fact that Covid-19 has disproportionately affected Black and Hispanic populations, which also represents most of the estimated 80,000 people who are homeless in New York. The remainder of residents also went on to say that the men’s presence was not disruptive and the concerns had been largely overstated.

In a statement made this week, Isaac McGinn, a spokesman for the city Department of Social Services said, “As part of our effort to continually review and streamline the footprint of our shelter locations, while always ensuring effective provision of services, we’re beginning to relocate individuals from several commercial hotel locations.”

Helen Rosenthal, a council member was disappointed by the decision to take the homeless back to their shelters, said “It’s a sad day when the mere threat of a lawsuit can get city hall to reverse a decision is made. What message does this send that groups who can afford to hire high-powered lawyers are the ones who will get their way?”

As reported by the New York Times, Joshua Goldfein, a staff lawyer at the Legal Aid Society, said advocates would monitor the transfers. “Homeless single adults have a right to shelter, and that shelter has to be safe for them,” he said. “If the city were to move people into a situation that is not safe, we will have to litigate that.”