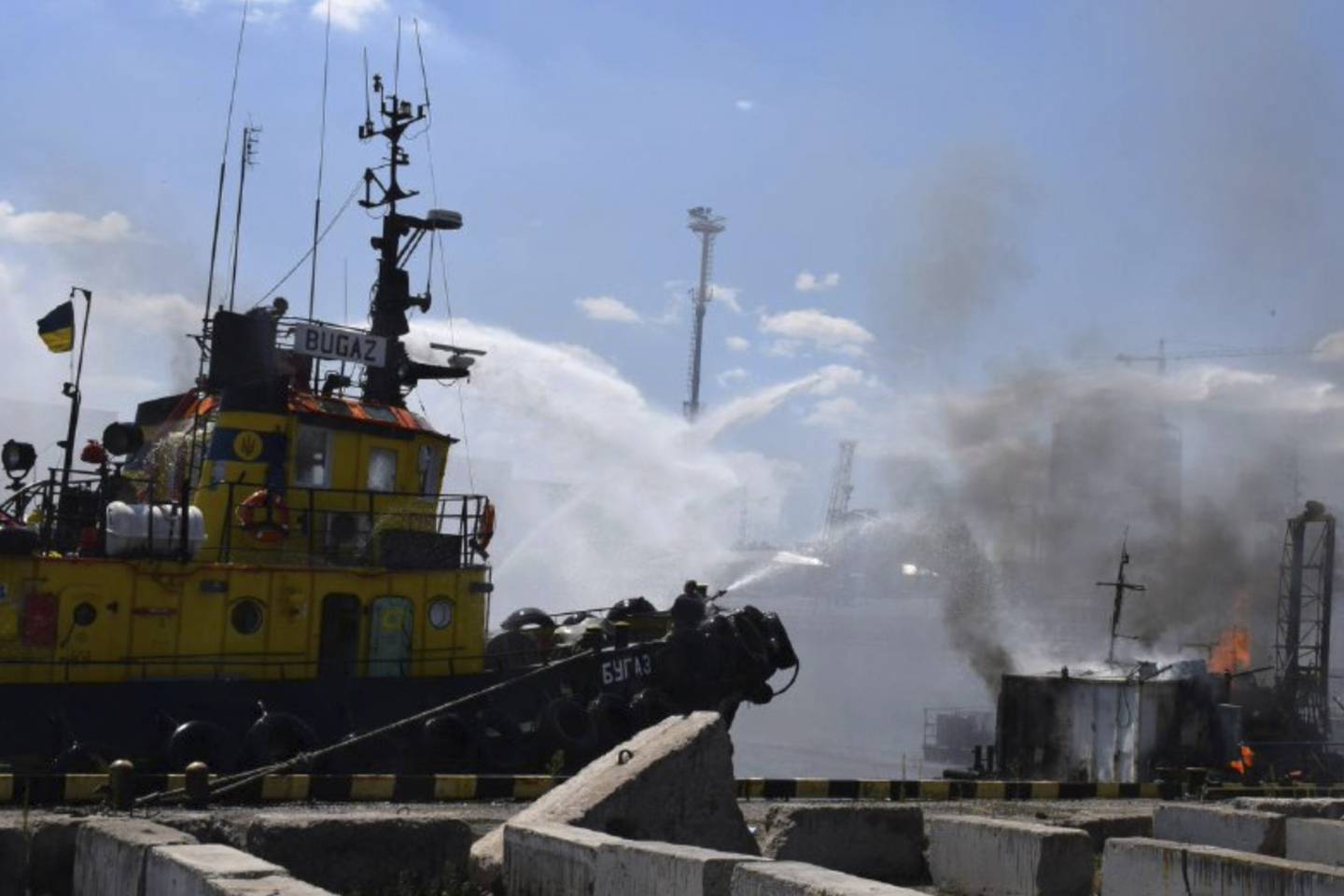 Ukraine’s Foreign Ministry considers the blatant attack a “spit in the face” to Turkey and the United Nations, which brokered the agreements.

According to reports, two Russian Kalibr cruise missiles hit the port’s infrastructure, and Ukrainian air defenses brought down two others.

Odesa regional governor Maksym Marchenko revealed an unspecified number of people were injured in the attack.

Luckily, no grain storage facilities were hit in Odesa.

“It took less than 24 hours for Russia to launch a missile attack on Odesa’s port, breaking its promises and undermining its commitments before the UN and Turkey under the Istanbul agreement,” Ukrainian Foreign Ministry spokesman Oleg Nikolenko said.

“In the case of non-fulfillment, Russia will bear full responsibility for a global food crisis,” Niklenko added.