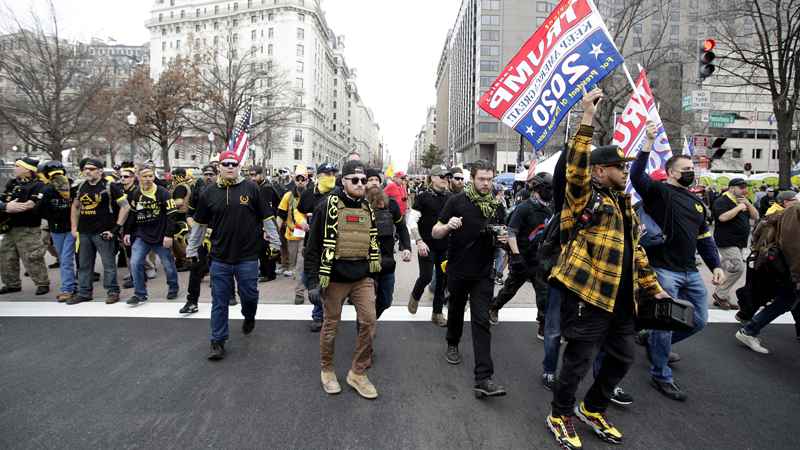 Over the weekend, the latest MAGA Million March in Washington D.C. took an ugly turn with clashes raging between BLM protesters and the Proud Boys group. D.C. police say four men were stabbed and 33 people in total were arrested during the pro-right rally in the nation’s capital. Eight officers were also injured while dealing with the unrest.

A rally against the disputed November elections, wherein President Trump had alleged severe fraud and filed numerous lawsuits, the new “MAGA Million March” invited right-wing protesters to voice out the inconsistencies in the elections that led to the defeat of President Donald Trump, and consequently- the Republican party.

As raucous protesters from both- the Black Lives Matter and Proud Boys Group gathered, the rally took an ugly turn, with demonstrators resorting to violence. The Metropolitan Police Department said 33 people were arrested on charges ranging from assaulting a cop to general assault, illegal weapons possession, and resisting arrest, while four people also suffered non-life-threatening stab wounds in one confrontation. Police say they arrested 29-year-old Phillip Johnson of Northwest D.C. in relation to the stabbings late Saturday night.

In a video illustrating the incident, a black man going by the name of Johnson was surrounded and pummeled by a crowd of Proud Boys, who chased the man, as he pulled out a blade to defend himself. In a separate video posted later, Johnson was seen with a stab wound to the stomach.

On Sunday, a DC pastor also stated that he saw the far-right demonstrators vandalize property at a historic Black church in the nation’s capital, as they took down two signs at the church and allegedly burned them. Videos posted online captured members of the Proud Boys group clawing down a Black Lives Matter sign at the Asbury United Methodist Church at 11th and K streets Northwest and burnt it on the ground, chanting “F*** Antifa” (with reference to the far-left group). Police are now investigating possible property damage and potential hate crime charges.