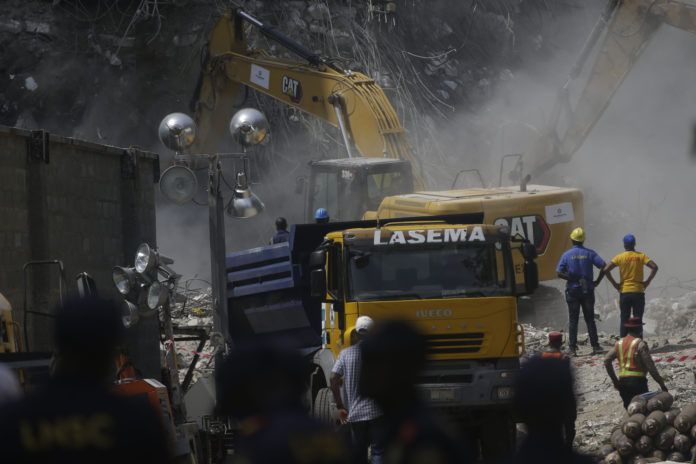 36 killed, dozens missing after collapse of building in Nigeria

Thirty-six people died and dozens missing after a high-rise apartment building in Nigeria’s most populous city collapsed on Monday.

With dozens missing, the family of the missing victims already appealed to the government that they are allowed to help in searching for their loved ones.

Sources said the 21-story luxury apartment building that was being built toppled Monday while construction workers were on the site, some of whom were artisans who started work that day.

In view of the tragedy, the governor of Lagos has given an independent panel 30 days to unravel the cause of the accident and whether the project developers had fully complied with building laws.

Based on the order, the six-member panel is also tasked to examine whether there were any lapses by state regulators in overseeing the project.

“We feel a lot of concerns of family members. People are indeed upset,” Governor Sanwo-Olu said.

“I can assure you we are doing everything,” he said, promising that criminal charges will be filed against those indicted in the disaster,” Sanwo-Olu added.

Building collapses in Nigeria are common in the country including in Lagos which recorded four such accidents last year, that resulted in five casualties including three children.