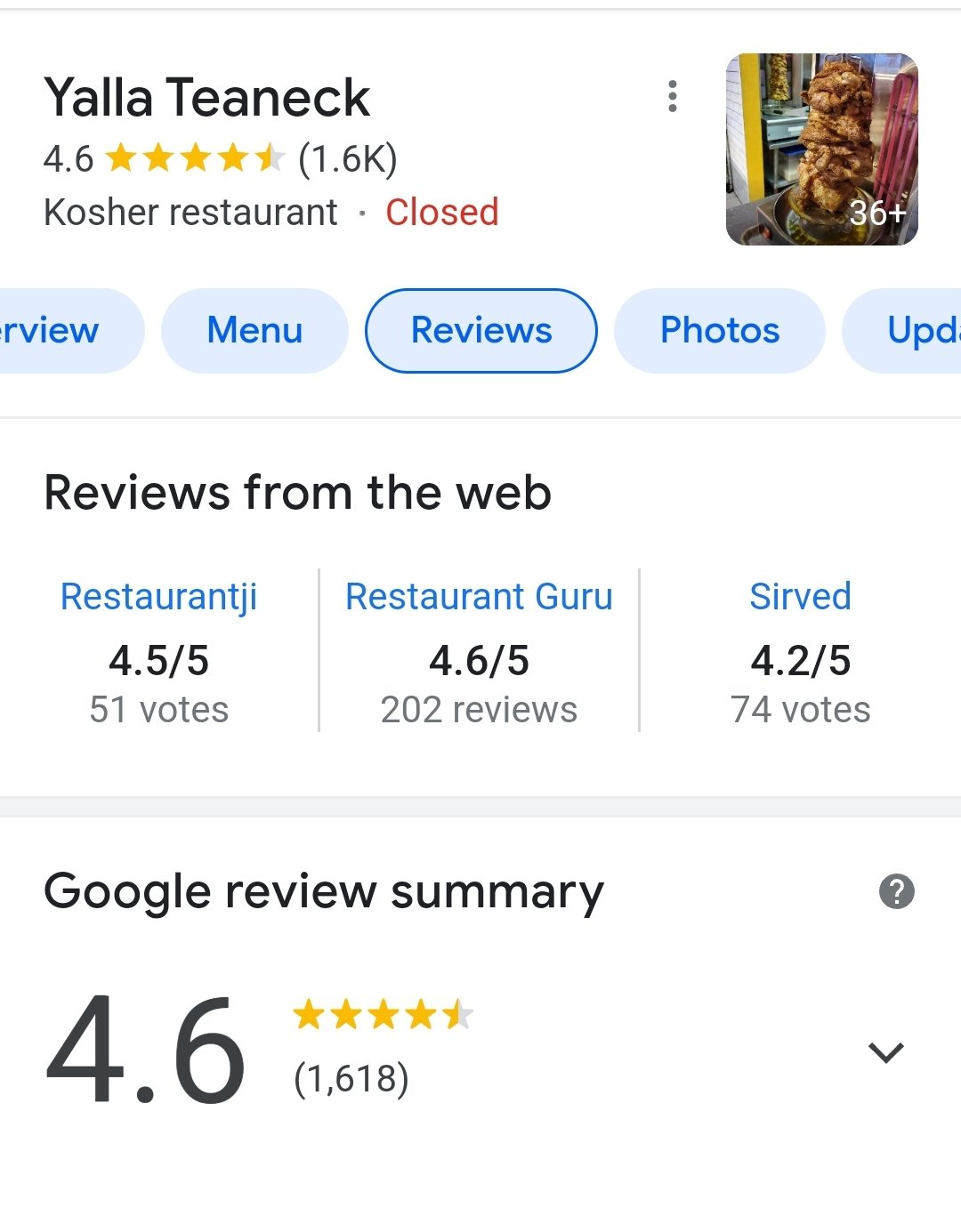 4.9 Stars to @AimHumor and Social Media Followers for Coming to the Rescue for Yalla Teaneck

It was a call for action. In a video posted by a Palestinian woman where she ranted against the restaurant Yalla Teaneck, it wasn’t just Palestinians who chose to heed her call.

“This Israel restaurant in Teaneck New Jersey, falsely advertising Palestinian Middle Eastern foods,” she says, presenting her false narrative to a backdrop of the Yalla Teaneck menu and disturbing music, “this is what their menu looks like – falafel, schwarma – Uh, no! So, us Palestinian’s have to do the job. They messed with the wrong people!
“They went from a 4.6 rating to a 3.9!” she reports with glee. “I love my Palestinians!”

A 3.9 Google review can do considerable damage to a restaurant that formerly boasted 4.6 stars. But given that anyone can leave a Google review and no one but the person who posted it can take it down, it looked like Yalla Teaneck was going to be in trouble.

“I saw the clip shared by an Israeli account, and I just had this idea,” says AY, whose widely popular humorous posts on Twitter as @AimHumor have earned more than eleven thousand followers. “Let’s try to help this store out. We shouldn’t let a few Palestinians take down a kosher store like that. Instead of getting upset about these horrible people leaving nasty reviews, let’s do something positive!”

And that is exactly what @AimHumor did.

“Yalla people,” AY tweeted. “Let’s get Yalla back up to a 4.6 and beyond, we can do this, keep sharing and rating let’s help our brothers in Teaneck out.”
And sharing was exactly what AY’s followers did as the direction to help out Yalla Teaneck went viral. Followers retweeted @AimHumor’s tweet, and others posted it on their Whatsapp statuses, Facebook and Instagram.

“I was following along,” says AY regarding his tweet. “It took us two hours from when I started to get it up over four stars. By the time I woke up in the morning, less than twelve hours later, the reviews were back to 4.6. We got about 2,000 positive reviews in less than 12 hours.”
Gotta love our fellow Jews!

Yalla people, let's get Yalla back up to a 4.6 and beyond, we can do this, keep sharing and rating let's help our brothers in teaneck out pic.twitter.com/3AjwZQ88eR