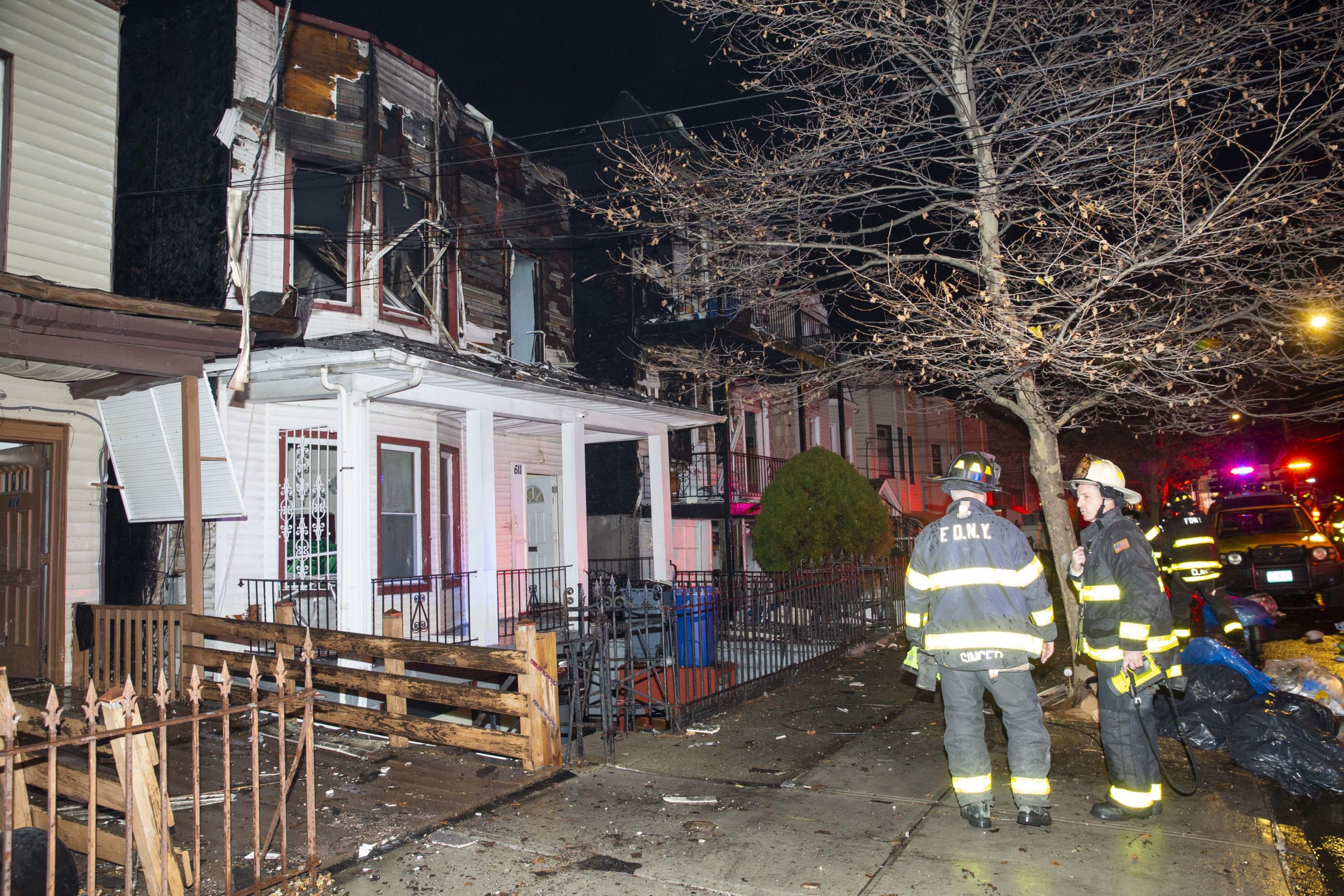 Four people were injured when a four-alarm fire ate three homes in the Bronx on Tuesday night.

The FDNY said the blaze started at 7:45 p.m. at a residence on Mead Street in Van Nest and spread to two other nearby homes.

An estimated 200 smoke-eaters and EMTs immediately responded to the fire.

Due to the severity of the blaze four civilians were injured and were treated on the scene.