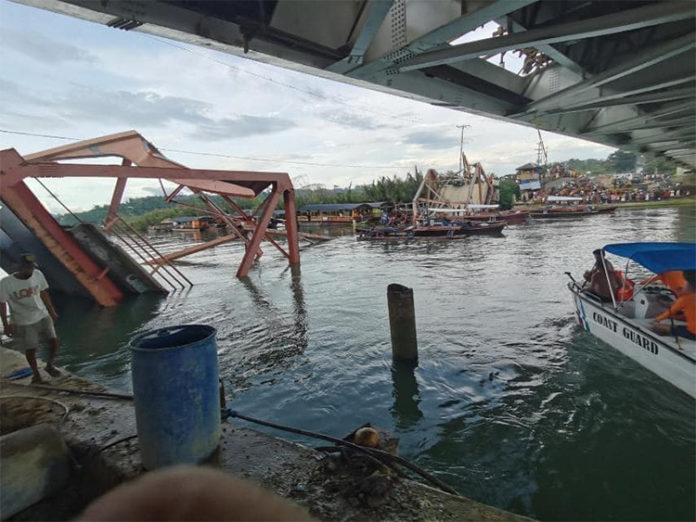 4 Dead in Collapse of Old Bridge in Southern Philippines

Four people died after getting trapped inside their cars when an old quake-damaged bridge in Loay town, Bohol province, collapsed due to heavy traffic on Wednesday afternoon.

Regional police chief Brig. Gen. Roque Eduardo Vega said the bridge collapsed around 4 p.m. due to the weight of several vehicles stuck in a traffic jam, including a delivery truck loaded with sand and gravel to be used in the ongoing construction of a nearby bridge.

“The weight of the truck and its cargo caused serious tension to the bridge that caused its collapse,” Vega told reporters.

Due to the incident, four people died due to drowning after they got trapped inside their cars.

Among those killed is Austrian national Michael Osuchan, a 30-year-old staying on Bohol’s Panglao Island, famous for its picturesque beach resorts.

The other victims were primarily residents of Loay and nearby towns.

Aside from the fatalities, 20 others were safely rescued by the rescuers, mainly composed of divers.