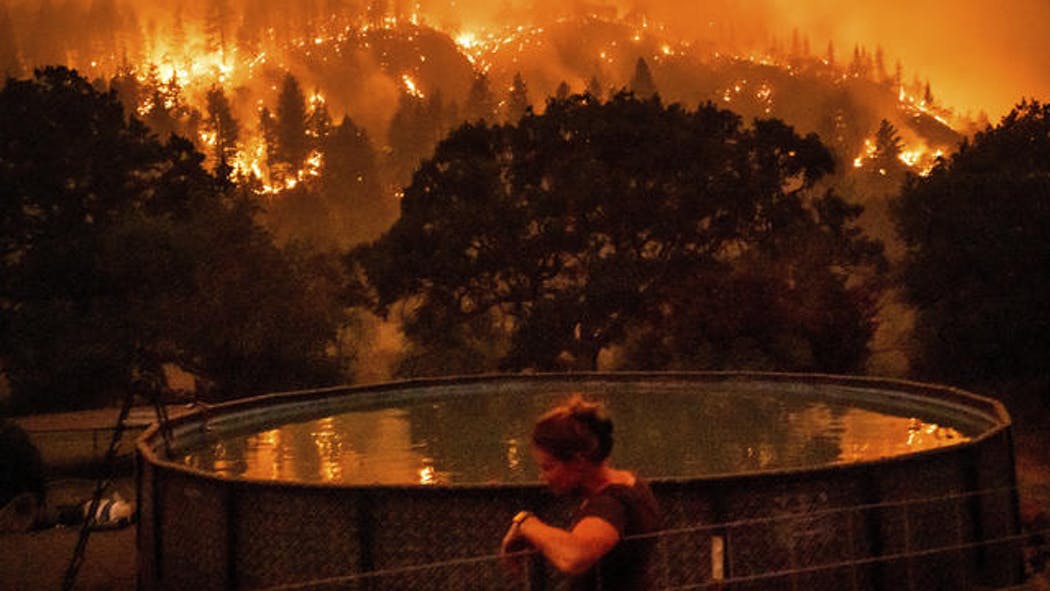 At least two more people were reported dead as of Tuesday night within the burn zone of a huge Northern California wildfire, that is being deemed the biggest fire of the year.

“This brings the confirmed fatality number to four,” the sheriff’s statement said. “At this time there are no unaccounted for persons.” Other details were not immediately disclosed.

Sheriff’s officials said two bodies were also found Sunday inside a charred vehicle in the driveway of a home near the tiny unincorporated community of Klamath River, which was largely destroyed in the McKinney Fire.

More than 100 homes, sheds, and other buildings have burned in the McKinney Fire since it erupted last Friday. The blaze remained out of control, authorities said.

Although thunderstorms dumped some much-needed rain on Monday and into Tuesday even as temperatures hit the 90s Fahrenheit the brush, fields, and forest remained generally bone-dry, with the additional threat of lightning strikes that already sparked several small blazes.

The Northern California wildfire has burned nearly 88 square miles and is the largest of several wildfires burning in the Klamath National Forest. A smaller fire near the tiny community of Happy Camp forced evacuations and road closures as it burned out of control Tuesday.

Meanwhile, the Moose Fire in Idaho has burned more than 85 square miles in the Salmon-Challis National Forest while threatening homes, mining operations, and fisheries near the town of Salmon. It was 23% contained Tuesday.