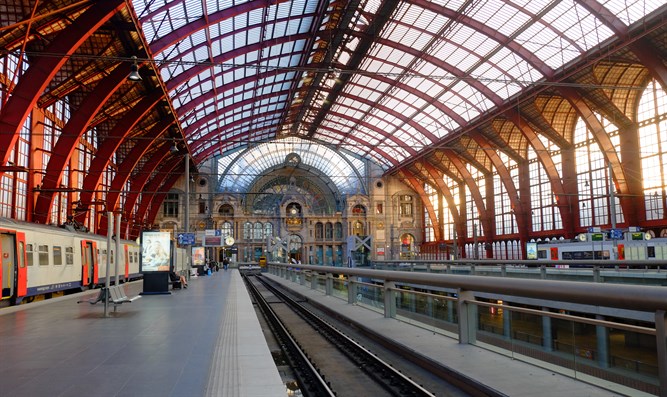 Police officers in Belgium are on the lookout for four nefarious men who took control of the public address system of a train, saying that they would bomb the vehicle near Antwerp unless Jewish passengers alight.

As instances of antisemitism creep up all over the world, another shocking instance took place in Belgium on a quiet Wednesday afternoon this week. As narrated by a witness, four passengers took control of the public address system on a train traveling between Antwerp and Mechelen (the city that Nazis and their collaborators used as an internment and dispatch station for Jews whom they sent to be murdered in Poland). Speaking in Flemish, one man voiced over on the announcement system, saying, “Attention, attention the cancer Jews need to leave the train now or we’ll blow you all up.”

Talking about the dark past that may have brought in neo-nazi sentiments amidst the men, the Mechelen transit camp, officially SS-Sammellager Mecheln in German, was a detention and deportation camp established in a former army barracks at Mechelen in German-occupied Belgium. It served as a point to gather Belgian Jews and Romani ahead of their deportation to concentration and extermination camps in Eastern Europe during the Holocaust. Approximately 90 percent of Belgium’s Jewish population lived in the cities of Antwerp and Brussels in 1942. Accordingly, Mechelen, a city with a railway hub located halfway between the two, was chosen as the site of the new transit camp.

Soon after the incident occurred, the Police commenced a search for the perpetrators as security personnel on the train failed to locate the anti-semitic individuals.

Michael Freilich, a Belgian-Jewish lawmaker looked into the incident and immediately filed parliamentary questions about the incident to the Transportation Ministry. Freilich asked the ministry to explain why the perpetrators were not caught, how they gained access to the address system, and what can be done to prevent a recurrence. The ministry has two weeks to respond.