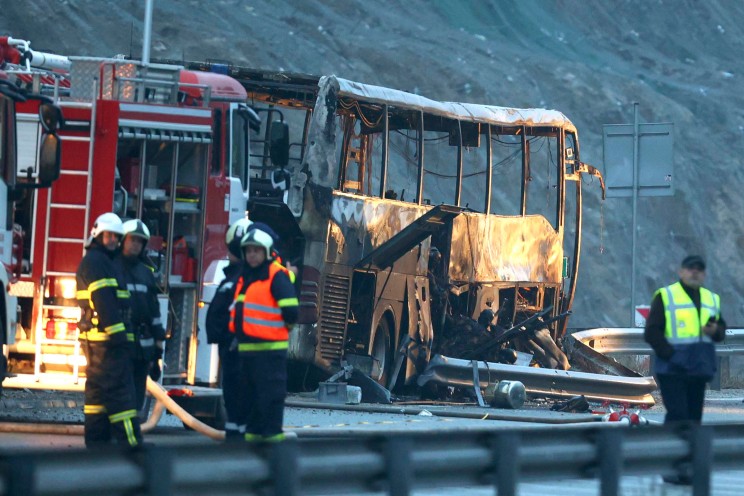 Forty-five tourists were killed when the bus they were riding crashed and caught fire in western Bulgaria early Tuesday.

Based on the data released by local media the bus was carrying people home to North Macedonia from a tourist trip to Istanbul when the deadly road accident occurred around two in the morning.

The media said among the casualties are children.

The media revealed that that the bus hit a highway guard rail, crashed, and caught fire.

“The picture is horrifying, the people who were on the bus are turned to charcoal,” Rashkov said.

“It is impossible to say how many they were. There were four buses that traveled together, and it is possible that passengers changed buses during the stops,” Rasjkov added.

A deeper investigation of the bus tragedy is now underway.