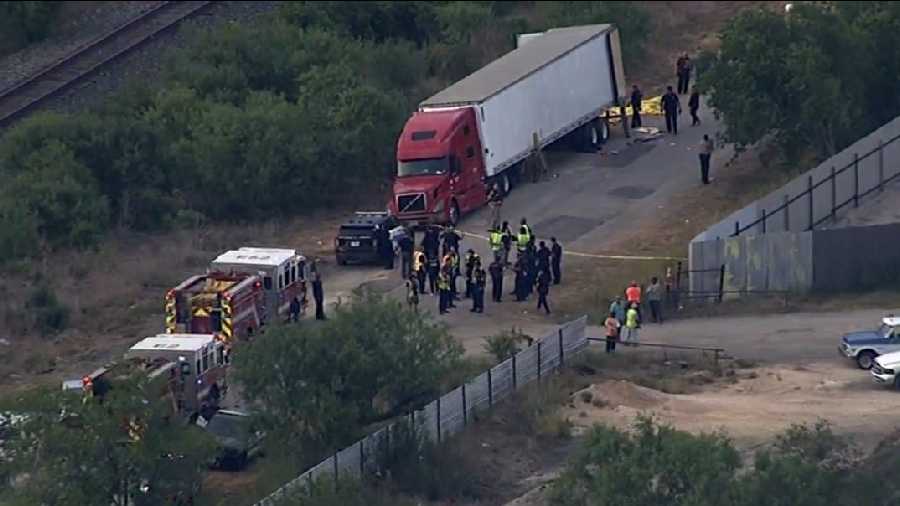 In what is being called the deadliest tragedy linked to migrants trying to enter illegally into the United States, 46 people were found dead and 16 were hospitalized on Monday after a tractor-trailer rig was found on a remote back road in southwest San Antonio.

Police Chief William McManus recounted the tragic incident saying a city worker at the scene was alerted to the situation by a cry for help shortly before 6 p.m. Soon afterward, officers arrived to find a body on the ground outside the trailer and a partially opened gate to the trailer.

Within minutes, 16 were taken to hospitals with heat-related illnesses, out of which 12 were adults and four were children, said Fire Chief Charles Hood. The patients were hot to the touch and dehydrated, and no water was found in the trailer.

Three people were taken into custody, but it was unclear if they were absolutely connected with human trafficking according to McManus, those in the trailer were part of a presumed migrant smuggling attempt into the United States, and the investigation was being led by U.S. Homeland Security Investigations.

As far as the cause of the deaths is concerned, heat is one of the most obvious causes, and although the weather in the San Antonio area was mostly cloudy Monday, temperatures approached 100 degrees.