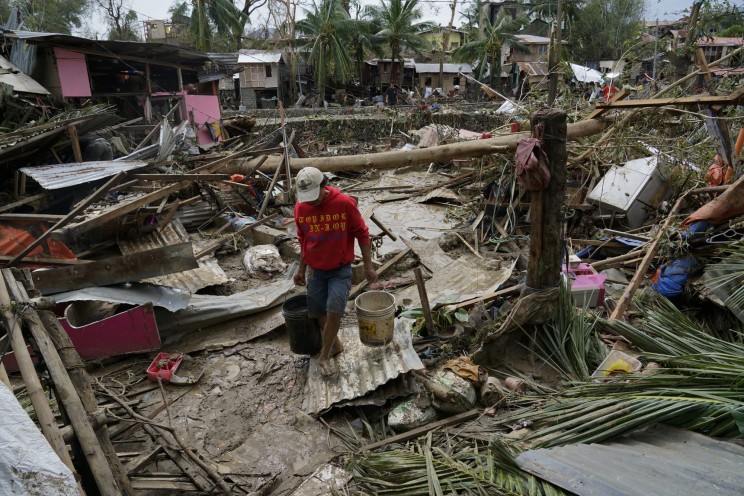 Fifty-nine people were reported dead in the Philippines due to the powerful typhoon Rai that slammed into the country last week.

Based on this number 49 came from the central Philippine province of Bohol which was hit hard by the powerful typhoon.
The other 10 are recorded in Dinagat Islands in the south.

Yap added that one of the top tourist destinations of the province the Loboc river is also severely affected by typhoons.

“It is very clear that the damage sustained by Bohol is great and all-encompassing,” Yap said in a video posted on his Facebook account.

Sources said Rai is among the deadliest of the tropical storms to strike the Philippine archipelago this year.

Rai made nine landfalls with a massive trail of destruction also reported in the provinces of Cebu, Leyte, Surigao del Norte, including the popular Siargao surfing destination, and Dinagat Islands.

Moreover, it was learned that about 20 tropical storms hit the Philippines every year, usually causing floods and landslides.