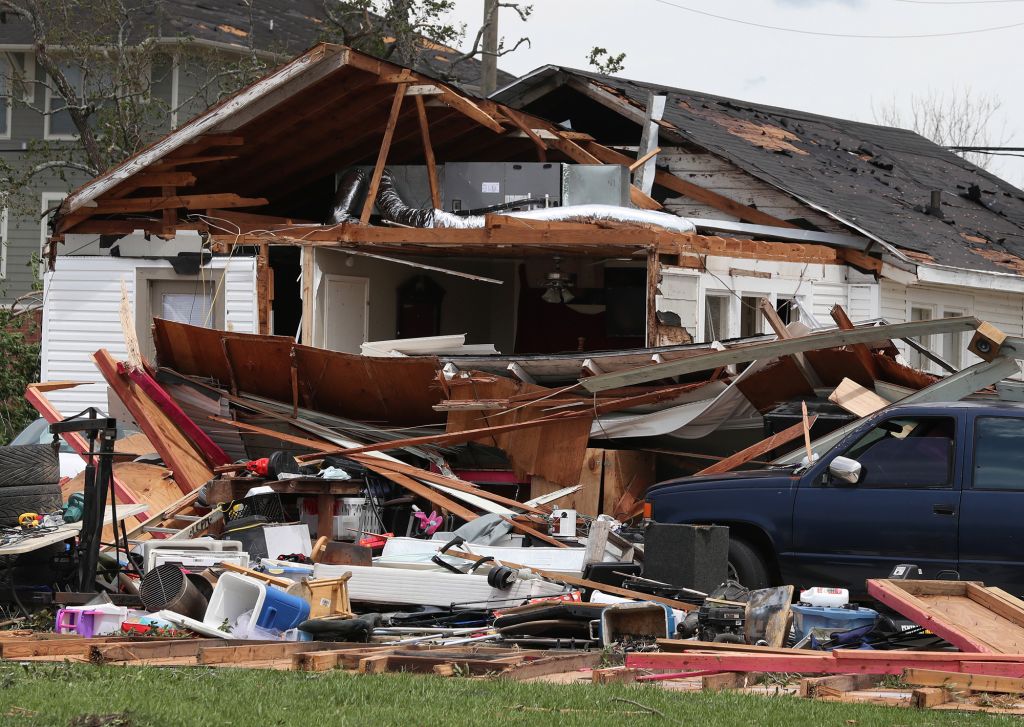 In what is claimed to be a “catastrophic” calamity, Hurricane Laura has claimed six lives within a day of making landfall. Officials have indicated that more fatalities are expected despite signs that the storm has weakened.

Slamming Southwestern Louisiana with an ‘unsurvivable’ storm surge, Hurricane Laura made landfall, early Thursday, destroying buildings in the city of Lake Charles and killing at least six people in the early morning. The first known casualty was a 14-year-old girl in Leesville, Louisiana, who died when a tree fell on her house, a spokeswoman for Governor John Bel Edwards said.

The Category 4 storm simmered rapidly on Thursday, coming down to Category 1 with maximum sustained winds of 75 mph (120 kph) and was forecast to become a tropical storm later in the day.

Tweeting about the current situation, spokeswoman Christina Stephens warned, “We do expect that there could be more fatalities.” Laura appeared to have caused less damage than anticipated, as it weakened soon after it made landfall, but officials are being careful not to assume that its impact might have dwindled. As it still remains to be a dangerous storm, experts claim that it would take a few days to mete out the impact.

Despite showing signs of weakening, the storm did wreak havoc around the state, particularly causing massive destruction of property. Residents of Lake Charles heard Laura’s winds howling and the sound of breaking glass as the storm passed through the industrial city of 78,000 in the hour after landfall. The windows of the city’s 22-floor Capital One Tower were blown out, street signs were toppled and pieces of wooden fence and debris from collapsed buildings lay scattered in the flooded streets.

Besides threatening life and property, the storm slammed the heart of the US oil industry, forcing oil rigs and refineries to shut down production. The Port of Lake Charles remained closed as workers were unable to enter or exit the facility because of uprooted trees and fallen electricity lines. Around 867,000 homes and businesses in Louisiana, Arkansas, and Texas were without power on Thursday afternoon.

Luckily, most of Texas has been spared from the ravages of the storm, and the mayor of Beaumont, Texas, Becky Ames, told MSNBC the situation was “manageable” and didn’t need further evacuation.