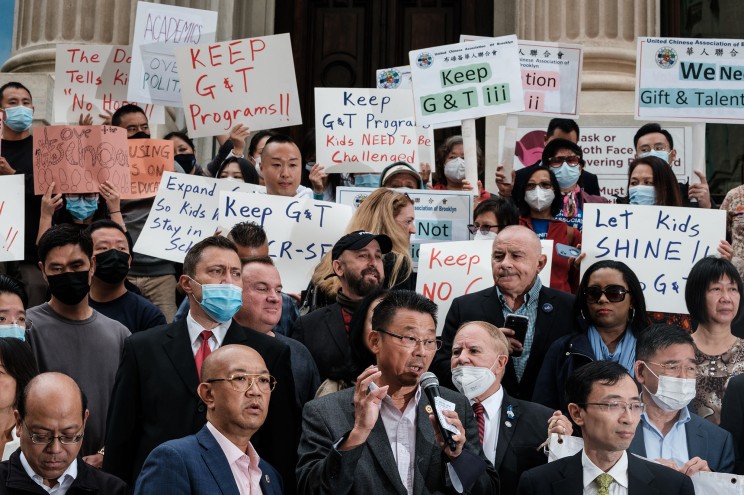 Instead of dissolving it, a group of 60 protesters called on New York City mayor Bill de Blasio to expand the city’s Gifted and Talented program.

Protesting in front of Department of Education headquarters in Manhattan Tuesday, the group said the Gifted and Talented program should be preserved and improved further because it helps a lot of kids.

De Blasio on Friday ordered the dissolution of the program and unveiled a new structure that would nix separate classrooms for advanced kids.

“With only less than three months in office he has planted a land mine in New York City,” Chan said.

City Council candidate Maud Maron for his part called on de Blasi to expand the Gifted and Talented program even more so that it could help more kids.

“Expand the program for districts that didn’t have it,” Maron said.

“We need to include more children in the Gifted and Talented Program,” Maron added.