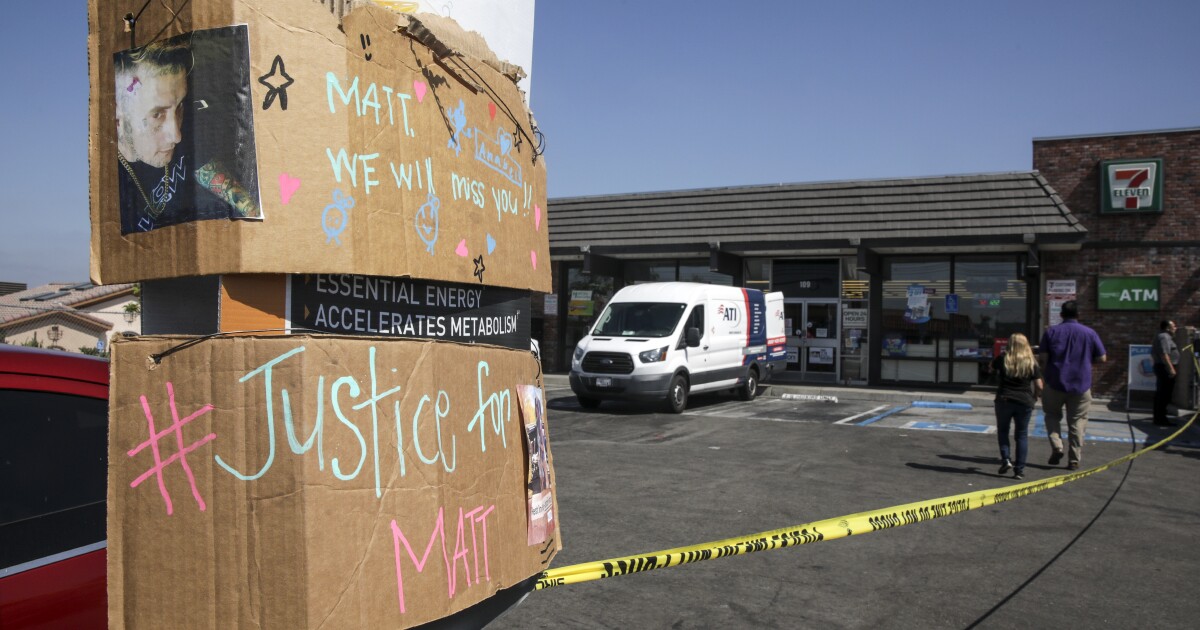 After the recent shootings and holdups at six different &-Eleven stores that coincided with the mega-chains anniversary, the company offered $100,000 leading to the arrest and conviction of the masked gunman.

On Wednesday,  7-Eleven officials said in a statement announcing the whopping reward, “We are currently working with the local police to spread the news in the community.” It said tipsters can anonymously contact Orange County Crime Stoppers at 855-TIP-OCCS.

Authorities have shared images of a masked man wearing what appeared to be the same black sweatshirt with a hood over his head. The sweatshirt had white lettering with green leaves on the front.

As it stands, a 40-year-old clerk, Matthew Hirsch, was shot and killed at a Brea store and Matthew Rule, 24, was gunned down in the parking lot of a Santa Ana store during a five-hour string of holdups Monday morning. Police in Ontario, Upland, Riverside and La Habra have said they believe 7-Eleven robberies there also are linked. A customer was shot in the head and gravely wounded at a Riverside store and two people were shot in La Habra but were expected to survive, authorities said.