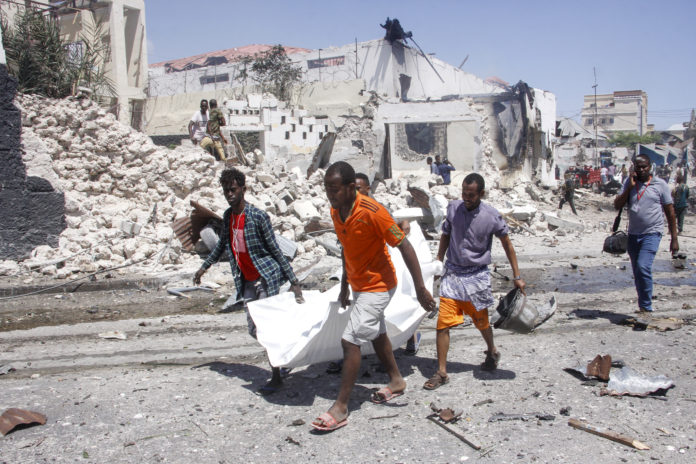 8 Killed, 9 Others Wounded After Car Bomb Explodes Outside Mogadishu Airport In Somalia

Eight persons died and nine others seriously wounded when a car bomb exploded Wednesday outside the international airport in Somalia’s capital, Mogadishu.

The daring car bomb attack was perpetrated by the al-Qaida-linked al-Shabab extremist group, which controls parts of Somalia.

In a statement, the al-Shabab extremist group said they made the attack to hurt “white officials” passing by.

According to some witnesses, a passing U.N. convoy appeared to be the target in the blast near a checkpoint leading to the heavily fortified airport.

Mogadishu’s deputy mayor, Ali Abdi Wardhere, told reporters that they are now conducting a deeper investigation on the bombing incident.

Meanwhile, it was learned that the blast occurred amid the latest period of political and security uncertainty in Somalia, the Horn of Africa nation where tensions are rising over an election that has been delayed for almost a year.