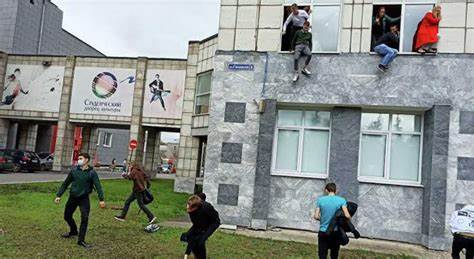 Eight people were reported dead and several others badly injured when a gunman opened fire in a university in the Russian city of Perm on Monday morning.

Russia’s Investigative Committee said the suspect whose identity had yet been leaked to the media is already been arrested and detained.

reports of another school shooting in Russia; this time at Perm State University. Russian agencies say there are casualties. pic.twitter.com/jkeyGDLO05

Sources said the number of wounded was uncertain — reports varied from six to 14 and it was not clear if any of those were injuries from jumping from the building.

Data from the internet state that Perm is about 1,100 kilometers (700 miles) east of Moscow, with a population of about 1 million.

The university enrolls some 12,000 students.

The school shooting incident is the second to happen in Russia in four months.

In May, a gunman opened fire at a school in the city of Kazan, killing seven students and two teachers.