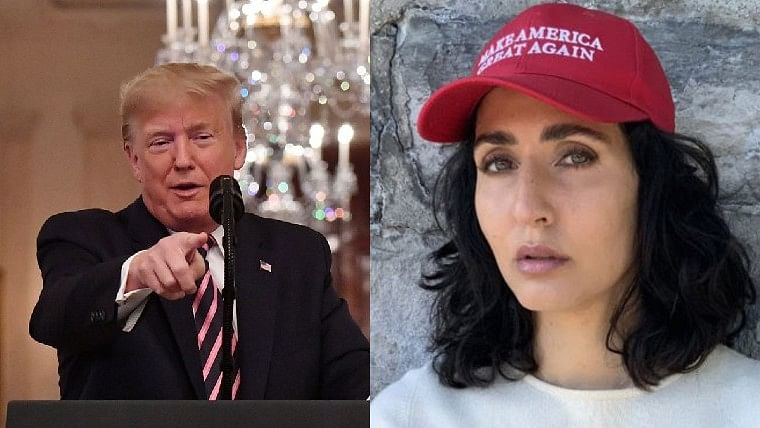 Noor bin Ladin, the niece of the 9/11 terror attacks mastermind Osama bin Laden, has said that a similar attack may be knocking on America’s door if democratic contender Joe Biden is elected President. In her first media appearance, Noor has publically endorsed Donald Trump, saying that he is the only one who can protect the country.

According to a report by the New York Post, Noor resides in Switzerland but considers herself an American at heart. Reportedly, she even had an American flag in her room as a child. She also said that her American dream is to travel across the country in an RV.

Talking to ‘The New York Post’ earlier today, Noor went on to claim that the ISIS expanded when democrats Obama and Biden were in power and it allowed them to infiltrate into Europe. According to her, “ISIS proliferated under the Obama/Biden administration, leading to them coming to Europe. Trump has shown he protects America and us by extension from foreign threats by obliterating terrorists at the root and before they get a chance to strike,” she told the tabloid.

Daughter of Swiss author Carmen Dufour and Osama Bin Laden’s elder half brother Yeslam, Noor has been raised in Switzerland, but has reportedly grown-up “with a deep appreciation for individual rights and freedom.” She was 14 years old when her uncle carried out one of the worst terror attacks on September 11, 2001. She also recalls being devastated because she had visited the US as a child and considered it her “second home.”

In her interview with The Post, Noor made it clear that she supports Trump in the upcoming US Presidential elections and that she has been backing him since he stepped into politics. She said that she has been observing from afar and that she admires Trump’s resolve. She also tweeted on Sunday, backing the candidate saying, “ Osama Bin Laden endorsed Biden to see America fail. I endorse President Trump to see America succeed.”

The Trump-supporter also added that re-electing the President would not only be better for the country but also for western civilization, saying, “I have been a supporter of President Trump since he announced he was running in the early days in 2015. I have watched from afar and I admire this man’s resolve. He must be reelected… It’s vital for the future of not only America but Western civilization as a whole.”