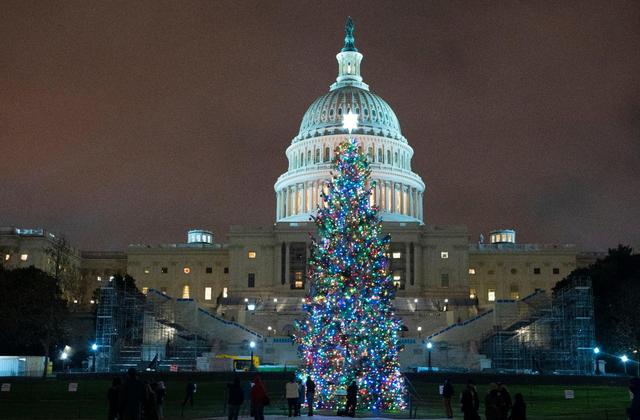 After a long wait for citizens suffering the pandemic-induced economic downfall, Capitol Hill negotiators, on Sunday night, sealed a deal of $900 Billion for the COVID-19 economic relief package, which is aimed at helping businesses and individuals, along with providing funds to deliver vaccines across the country. Following the announcement, House leaders informed lawmakers that they would vote on the legislation today.

After months and months of negotiations and gridlocks, the US Senate leadership finally announced a bipartisan deal on an approximately $900 billion economic relief package late Sunday afternoon targeted towards citizens who have been severely impacted by the pandemic economically. Following these events, House and Senate on Sunday night approved a one-day extension of government funding to allow the final bill text on the relief package to be written. President Trump signed the stopgap measure, preventing a government shutdown.

Following the decision, Senate Majority Leader Mitch McConnell (R-Ky.) and Senate Minority Leader Charles E. Schumer (D-N.Y.) took to the Senate floor to say that a deal had been finalized and could be quickly approved.

“More help is on the way. Moments ago, in consultation with our committees, the four leaders of the Senate and House finalized an agreement. It would be another major rescue package for the American people,” McConnell said on Sunday night. “It is packed with targeted policies to help struggling Americans who have already waited too long. As our citizens continue battling this coronavirus pandemic this holiday season, they will not be fighting alone.”

The accepted agreement would now establish a temporary $300 per week supplemental jobless benefit and a $600 direct stimulus payment to most Americans, along with a new round of subsidies for hard-hit businesses and money for schools, health care providers, and renters facing eviction.

“This bill is a good bill. Tonight is a good night. But it is not the end of the story, it is not the end of the job,” Schumer told reporters. “Anyone who thinks this bill is enough does not know what’s going on in America.” After the announcement, Schumer and House Speaker Nancy Pelosi, announced additional details, including $25 billion in rental assistance, $15 billion for theaters and other live venues, $82 billion for local schools, colleges, and universities, and $10 billion for child care.