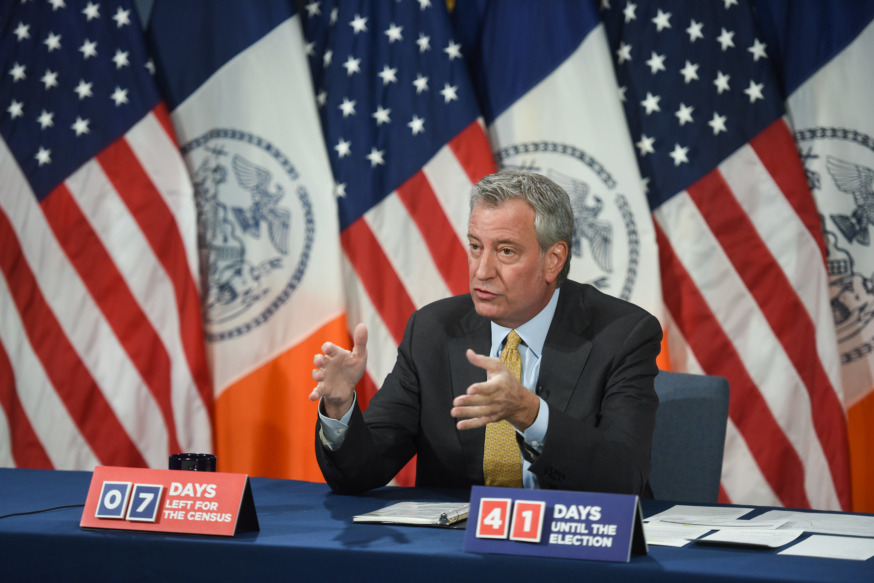 In another blow to government officials in the Big Apple, Mayor Bill de Blasio announced additional furloughs for city employees on Wednesday, saying he’ll be left with no choice than to take more such steps if the feds and state government don’t come through with funds for New York City.

The latest announcement is said to affect around 9,000 managerial employees, who will have to miss five days worth of pay between October and March. This announcement comes just a week after de Blasio declared similar 5-day furloughs for 495 officials from the Mayoral department, including himself.

According to de Blasio, this move will save the city $21 million amidst the staggering tax revenue losses. The city began informing this mix of managerial staff and non-union employees of the furlough on Wednesday.

At the press conference later in the day, de Blasio said, “It’s a difficult [move] because it will affect real people and their lives. It will affect their families. And these are people who have been working nonstop for months trying to protect all of you and look out for the whole city.”

After months of asking for funds from the federal government, and amidst speculations of New York being tagged as an ‘Anarchist State’ that may be defunded, this decision has come as a sign of clear desperation and lack of funds for the Big Apple to go about its daily operations.

To sustain this deprivation, the city saw its first budget cut this year, as lawmakers under the de Blasio administration passed a $88 billion package, down from $93 billion last year.

As reported by the NY Daily News, the latest budget included painful cuts to city agencies. But with the city’s Independent Budget Office projecting $10 billion in tax revenue losses through 2021, the mayor has been saying for months that he may have to lay off up to 22,000 workers.

Trying to pacify the concerns of laborers and unions, de Blasio went on to say, “We have to look for any and all savings we can find right now. No one wants layoffs, but unfortunately, they are very much still on the table.”