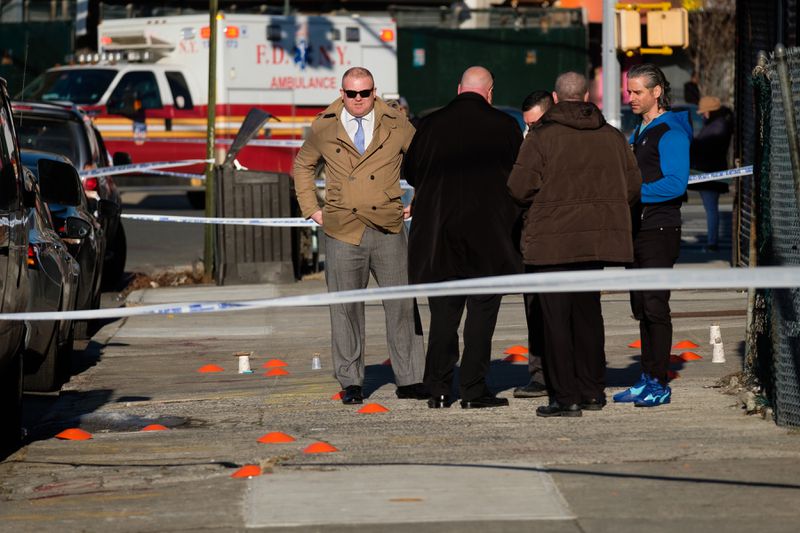 A deadly barrage of 30 bullets kills one, wounds one outside Brooklyn convenience store

One person died and another badly wounded when a lone gunman fired off more than 30 rounds as they stood outside a Brooklyn convenience store Thursday afternoon.

The NYPD said the victims were standing on Willmohr St. by E. 98th St. in Brownsville just before 2:30 p.m. Thursday when the suspect opened fire at them.

A 40-year-old victim instantly died after he was hit several times in his chest.

The other victim suffered wounds in his leg and arm and is currently being treated at Brookdale University Hospital.

The suspect hurriedly escaped after the attack as the police conducts a deeper investigation on the deadly shooting incident.