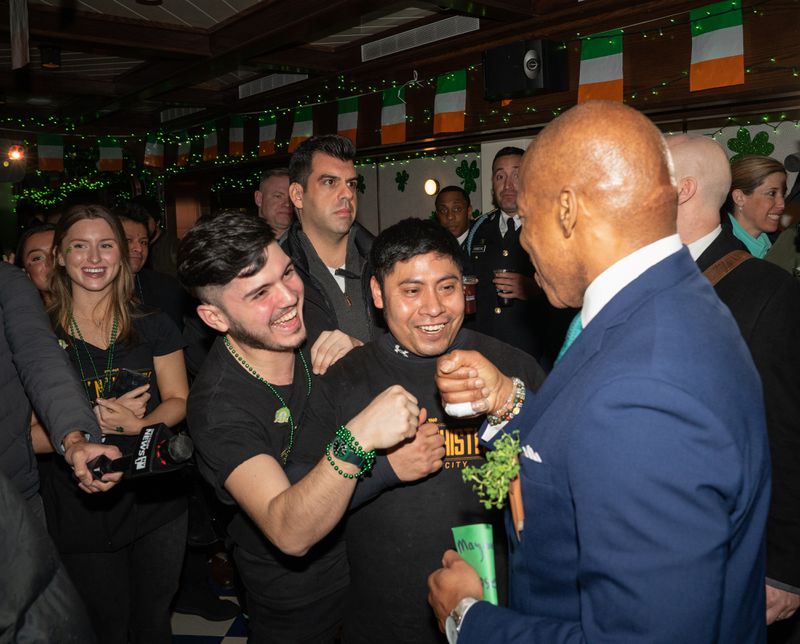 A hectic schedule for Adams in his first St. Patrick’s Day as NYC mayor

Sources said prior to his couple of pints of Guinness, he gulped down his standard morning fare — a smoothie — then hit a couple of bars, did a radio spot, and marched in the parade up 5th Ave.

“It was excellent,” Adams said.

“Right after my smoothie,” Adams added.

According to reports, after Adams also made a stop at the Pig N Whistle across town where he snagged a booth and chatted with a couple of soldiers as the Dropkick Murphy’s and the Dubliners blared through the pub.