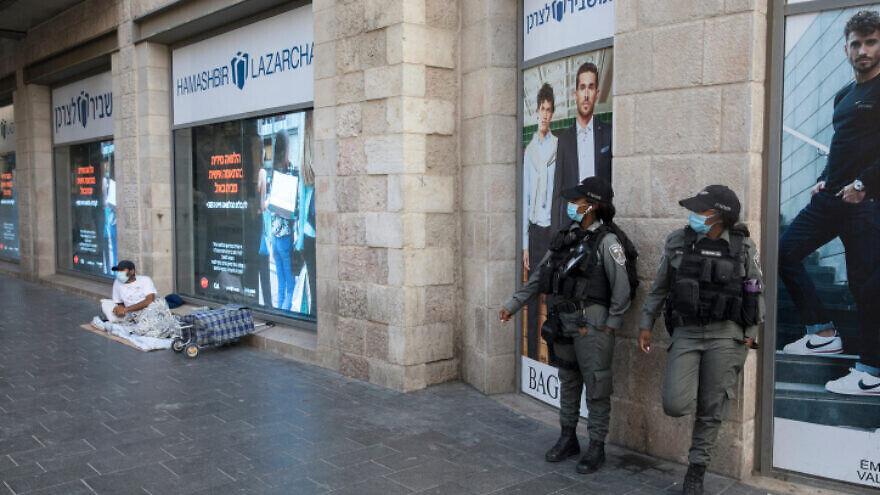 Garnering a lot of opposition, Israel re-imposed an even stricter lockdown with several restrictions put into place since Friday. Set to be put into effect till October 11th, mainly due to the exponential rise in coronavirus cases, the lockdown has dampened festive spirits nationwide.

As far as the new guidelines are concerned, citizens can travel anywhere within just a 1km radius of their homes. This movement cannot be allowed in case of gatherings and can be exempted for only a few special concerns. There’s a long list of exceptions, which include: going to work deemed essential; purchasing food or essential supplies, including phones and electrical goods; aiding the elderly or those in need; going to a doctor’s appointment, including alternative medicine, or therapy; going to the Knesset; donating blood; participating in legal proceedings; exercising, alone or with members of the same household, provided the starting point is from home; attending a funeral or circumcision; going to the airport for an overseas flight; for women, travel to a ritual bath or mikveh; caring for animals.

From what was proposed on Friday morning, citizens can meet up for a socially distanced outdoor prayer session of up to 20 people, especially since the festive month calls for religious worship. On Yom Kippur, 10 people will be allowed inside synagogues at a time, but otherwise, they will be shut. Protests can also be staged but in a capsule of 19 people. In both cases, the 1-kilometer limit has to be adhered to, and devotees cannot sit next to someone they don’t live with. Both the prayer and protest limits cause intense debate and awaited Knesset’s approval.

Apart from these restrictions, visiting another person’s house is prohibited, unless urgent help or work is needed. The regulations also generally cap indoor gatherings at 10 people, and 20 outdoors. No more than three people may travel in the same car, except for members of the same family. For larger vehicles, another passenger is permitted per each additional row of seats.

The rules also state residents of welfare programs or programs for people with disabilities and their relatives are permitted to move freely between the institutions and homes. First-degree relatives of fallen soldiers during the Yom Kippur War may attend memorials, the rules stipulate.

While these restrictions have caused a stir in the nation, PM Netanyahu stated, “The lockdown steps aren’t easy but saving life comes before everything. We’re at the height of an ongoing war. Wake up. Enough is enough. We’re in a new reality. We must take action. And we must do it now.”