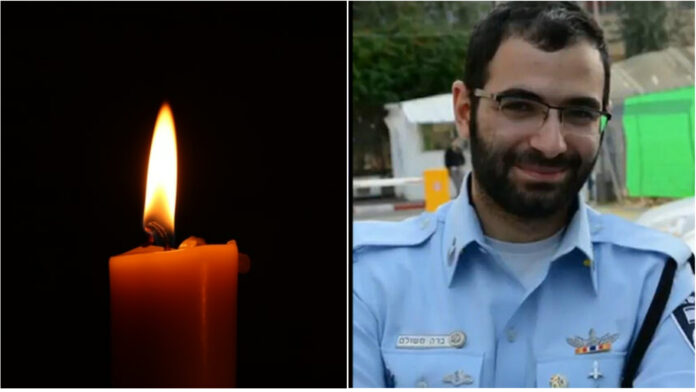 On Sunday, authorities said a 17-year-old Palestinian was arrested for suspicion of murder for running over an Israeli police officer with a stolen car on Highway 4 near Ra’anana junction on Motzei Shabbos.

According to authorities, the officer was discovered sprawled on the crosswalk with the vehicle on the other side of the highway.

The Arab teenager initially fled after the killing, but a police follow-up operation led to his arrest while hiding nearby.

The dead police officer was later identified as Sgt.-Maj. Barak Meshulam, z’l, a 29-year-old, left behind a wife, two children, parents, and siblings.

In the initial police investigation, the suspect, riding a stolen car, rammed the police officer after he tried to stop him at a police checkpoint.