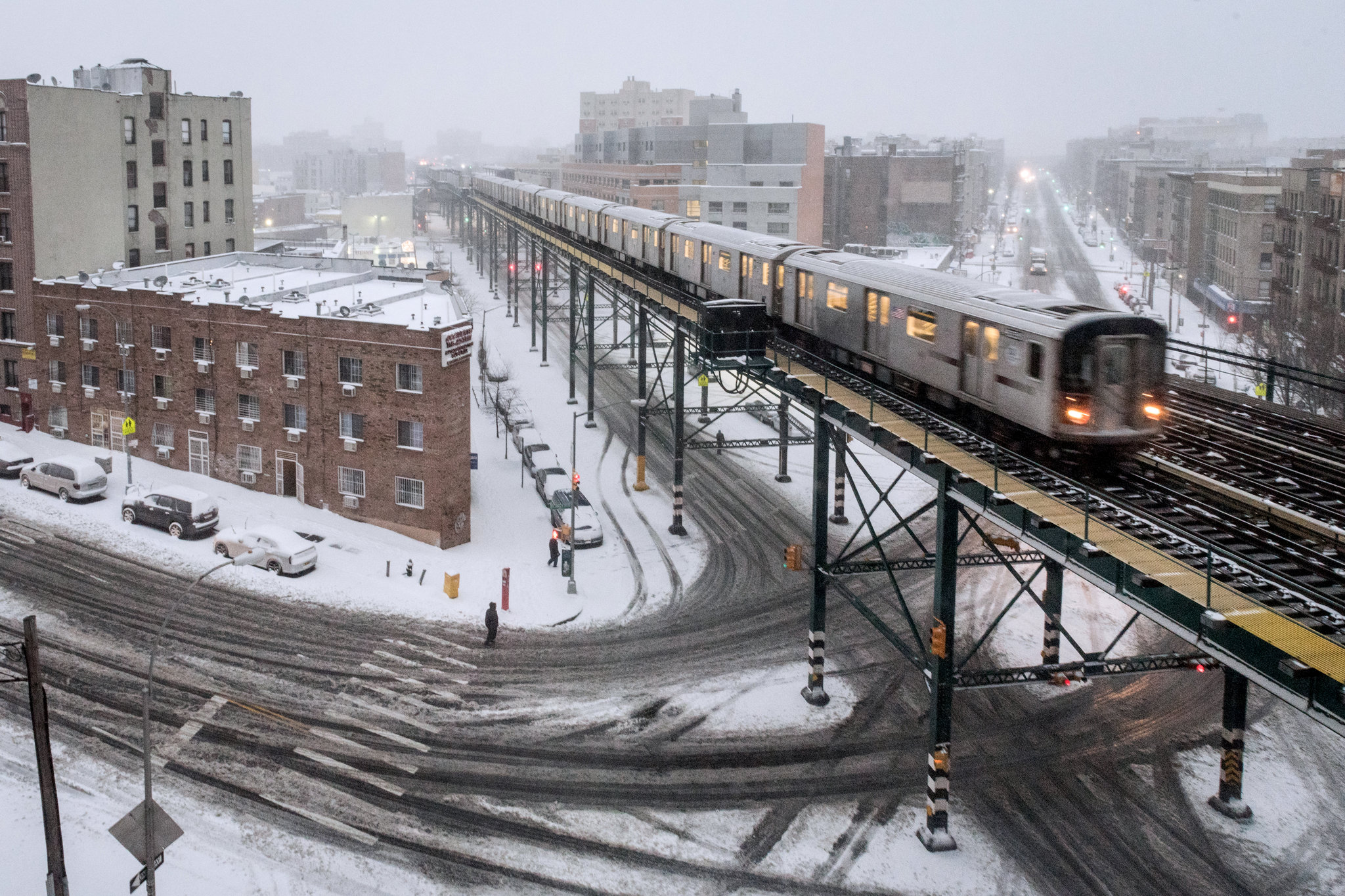 Above-Ground Subways Resumed Since 5 AM Today

After closures that were initiated in response to Monday’s snowstorm in the Big Apple, above-ground subways and New York’s commuter railroads have resumed service early today morning.

Following shutdowns caused by Winter Storm Orlena, the subway service returned at 5 a.m., according to Gov. Andrew Cuomo’s office, while the Long Island Rail Road and Metro-North resumed operations by 4 a.m. The above-ground subways and community rail lines were suspended earlier Monday as the city and surrounding areas were battered by heavy, wind-driven snow.

The LIRR will be running on a weekend schedule on Tuesday, Cuomo’s office said. MTA buses, meanwhile, will be operating with reduced service, primarily because the massive storm dumped over 16 inches of snow in Central Park by 7 p.m. Monday, according to the National Weather Service.

Amidst the blizzard, on Monday afternoon, commuters were stuck on a Q train for nearly 90 minutes due to snow on above-ground subway tracks in Brooklyn. Transit officials confirmed the service disruption on Twitter, saying they needed to clear “accumulated snow.” The train briefly lost power during the wait, the MTA confirmed and the train and its passengers were eventually rerouted back to Parkside Avenue station.

Orlena, which is being dubbed as one of the biggest storms in New York City history, resulted in a day of extremities for New York, as howling winds and rapid snowfall rates buried parts of New Jersey with 2 feet of snow or more. As it stands, Central Park had seen just over 16 inches accumulate by 7 p.m. If more than 18 inches were to fall, it would crack the top 10 most powerful in Central Park history (it right now stands at 17th all-time).

In Morris County, New Jersey, at least one town had 30 inches dumped on it by the end of the night, and totals from around the northern part of the state and into the Hudson Valley were frequently between 12-18 inches. By 7 p.m., some areas were beginning to see some sleet and freezing rain mix in with the snow, which would create very slippery, icy roads overnight.

States of emergency were in effect Monday into Tuesday for New York City, Long Island, the Hudson Valley, and elsewhere (more than 40 counties total in the Empire State) as well as in New Jersey by order of the respective governors. Gov. Andrew Cuomo also deployed 130 National Guard members to hardest-hit areas.