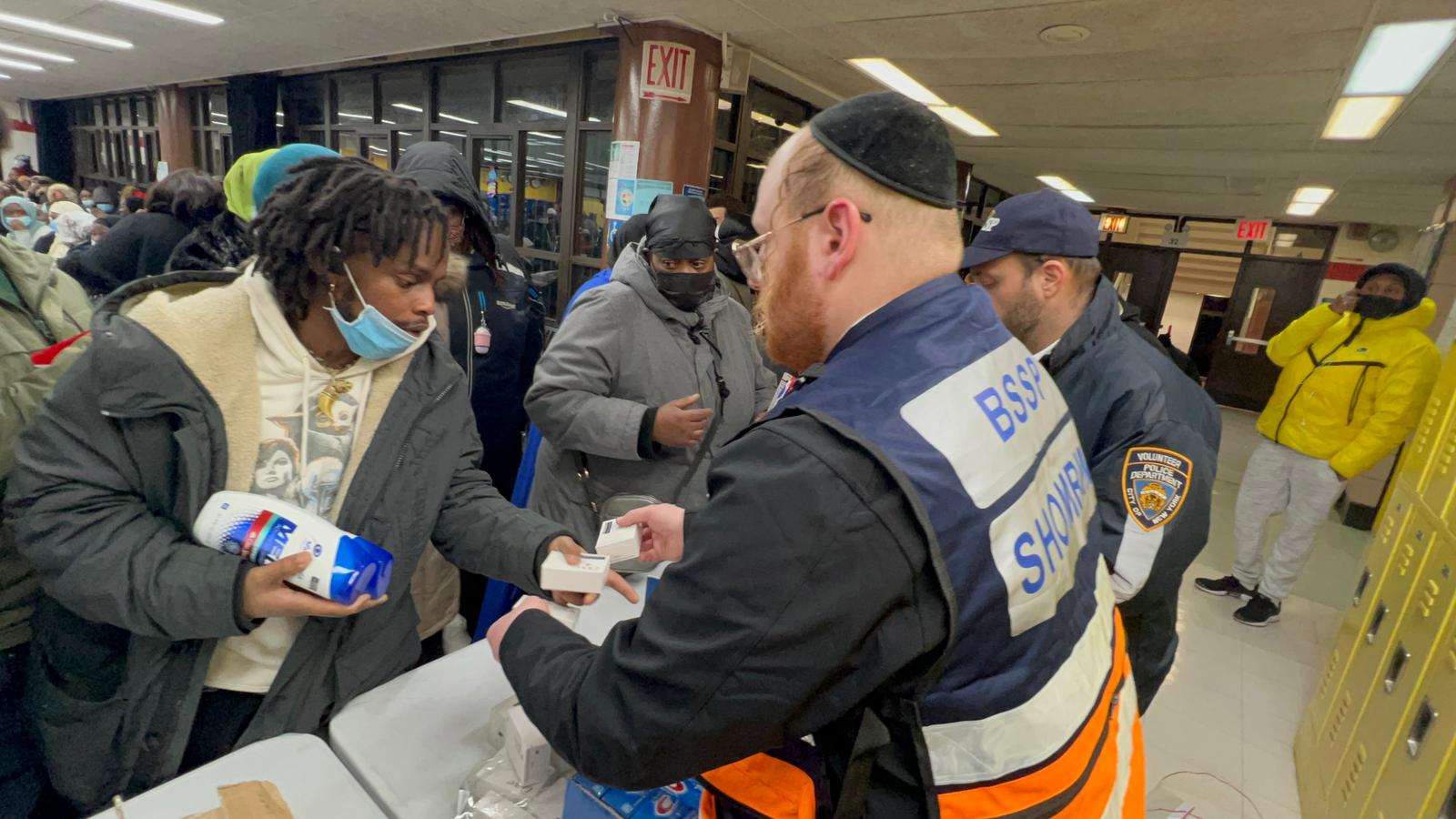 Not one to be deterred, Alexander Rapaport, the Executive Director of Masiba Soup Kitchens in New York, did not let the compounded misery of the tragic outcome of today’s horrific fire hold him back.

Known as a man of action, Rapaport has spearheaded lifesaving projects such as launching help for Haiti victims in need of urgent relief after a. 7.2 magnitude earthquake hit Haiti on August 14 of this year.

The earthquake caused widespread destruction, killing and injuring thousands. Rapaport sent over a million dollars in aid to help those in need in Haiti.

But this time, things were different as tragedy struck close to home. After the horrific fire in the Bronx that tore through the Norman’s building, taking the lives of 19 people, nine of them children, Rapaport spearheaded a campaign to deliver boxes of provisions straight to the site. Basic toiletries, cake and cookies were distributed along with a hot meal served by volunteers, including Boro Park’s Shomrim, who were on hand to assist with the relief efforts.

“Our hearts go out to the victims and the survivors,” Alexander Rapaport told YidInfo in a statement “When we heard what had happened, Masbia wanted to bring something to comfort all the families. So, together with Boro Park Shomrim and other Shomrim units, we came on behalf of the Jewish community and brought what we thought might be needed to help people get settled into the emergency shelter they are being provided.”
While the full extent of the damage and tragedy has not yet been assessed, at least Masbia and Shomrim can do what they can to alleviate some small part of the pain and the anguish by showing there are New Yorkers who care and that those who are suffering are not alone.

#MasbiaReliefTeam thanking https://t.co/tUEhJvHtlv for their huge donation to take part in the Jewish Community Response to help the victims of the #BronxFire

While the full extent of the damage and tragedy has not yet been assessed, at least Masbia and Shomrim can do what they can to alleviate some small part of the pain and the anguish by showing there are New Yorkers who care and that those who are suffering are not alone.

In the midst of enormous tragedy, the heart of NY'ers shines through. Orthodox Jewish volunteers from Shomrim organizations across NYC, Masbia & others are in the Bronx tonight helping shattered families pick up the pieces. G-d bless the FDNY & today's victims. #WhoWeAre pic.twitter.com/mFMEI02Y82