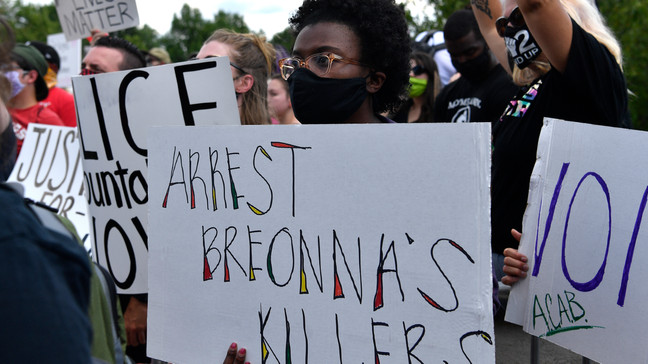 Activists Praise Breonna Taylor Settlement, Say A Lot More Is To Be Done

On Tuesday, a $12 million settlement for Breonna Taylor’s family by the city of Louisville, renewed hopes as a symbol of victory, not just for the bereaved, but for activists across the country. Calling it a major victory for Taylor’s family, supporters are lauding the move as a “historic” and a “landmark” agreement.

On the 15th of September, the city of Louisville, Kentucky, reached a $12 million settlement with 26-year-old Breonna Taylor’s family six months after the African-American emergency medical technician was fatally shot by Louisville Metro Police Department Officials in a drug raid in March, this year.

Mayor Greg Fischer announced the terms of the settlement at a news conference Tuesday afternoon with Taylor’s family and their attorneys, Benjamin Crump, Sam Aguiar, and Lonita Baker. Deeply sorry for the loss of the family, Fisher said, the settlement will include police reforms like changes to the approval process for and execution of search warrants, a housing credit program to provide incentives for officers to live in certain low-income areas in the city, and the expansion of random drug testing of officers. In addition, social workers will be hired to assist with dispatched runs.

Some local activists, however, are viewing it as only a first step toward obtaining justice for Taylor, and many remain on edge as a grand jury takes the next step and considers whether the police officers involved in her shooting death should be charged.

Reacting to the victory, especially after an uproar of protests that had been ignited, seeking justice for the woman, activists dubbed the move as a step in the right direction but also pointed out that a lot more is to be done. Viewing it as only a first step toward obtaining justice for Taylor, the protestors are in anticipation of a final predicament, as a grand jury takes the next step and considers whether the police officers involved in her shooting death should be charged.

President and CEO of the Louisville Urban League, Sadiqa Reynolds, said on Wednesday, “This is one of the largest settlements in the country for the life of a black woman — it’s monumental because it says that not only do Black lives matter but Black women’s lives matter.” The activist also added that the onus is now on Kentucky Attorney General Daniel Cameron, who is preparing to present evidence to the grand jury as early as this week.