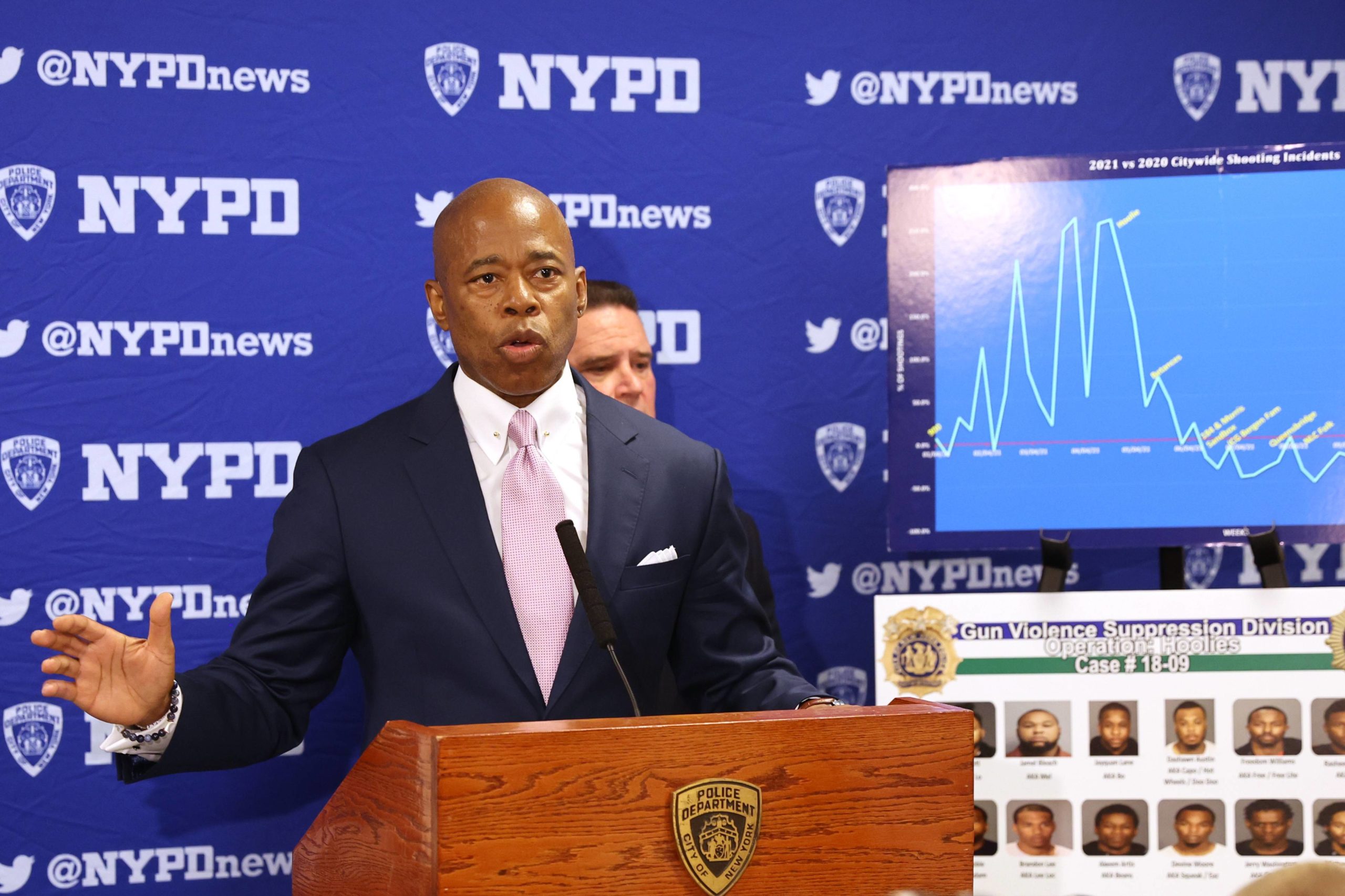 With a reputation for asking city officials difficult questions, Hamodia reporter Reuvain Borchardt asked NYC Mayor Eric Adams the looming question as to when crime in the Big Apple will be down.

At a press conference on Monday, Borchardt asked the “law and order” mayor: “When can we expect crime to drop? You’ve been in office for 7 months. You ran on a platform of lowering crime. When can we expect to see decreases in crime?”

And unfortunately, Adams’ response was problematic. Pinning the blame on other official bodies, Adams dodged the question with a bland, “We are doing our job.” But what was even more concerning is the statement that followed.

“When we get all our partners on board,” the mayor said. “We’re doing our job and we also need the public on board. NYPD has taken thousands of guns off the streets, we are making arrests, that which is in our span of control, we are doing the maximum.”

He added, “This police dept. has done an amazing job. Now, judges, lawmakers, prosecutors, the criminal justice system has several pieces to it. Every piece must work. We do need help from every level of government.”

The first thing that struck the wrong chord with several people listening to this statement was the fact that the Mayor wanted the public to be on board- which essentially means his answer could be understood as ‘crime will stop when people stop committing a crime.’

After quite the lackluster response, several Twitter users also lambasted Adams for his comments.